Attentive! Masters of the Universe: Revelation trailer has arrived 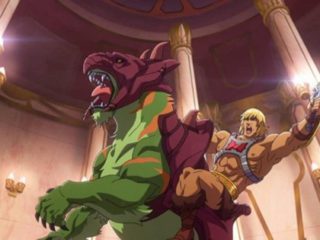 He-Man and the Masters of the Universe conquered the 1980s, even with a live action movie starring Dolph Lundgren y Courteney Cox, in addition to the famous line of action figures. The memory is present in Generation X who enjoyed the adventures of the heroes of Eternia fighting Skeletor and his minions. Now comes a remake of this story that will continue with the story of the confrontation between good and evil on that distant planet.

Netflix took advantage of Geeked Week to present the trailer for this new installment, Masters of the Universe: Revelation, that has a face lift typical of current technical capabilities. The images give an account of all the action that awaits fans of He-Man. More than a thirty-something is going to sit in front of the TV and enjoy with pure nostalgia.


The story seems to keep several of the original aspects of the classic show. Skeletor try to get hold of the Grayskull Castle and it is the mission of He-Man and the Masters of the Universe stop the villain and his servants. Magic, technology and myth come together in this adventure of epic proportions.

Some of the names of the cast that will lend their voices to these characters are surprising: Mark Hamill will be Skeletor; Kevin Conroy will be Mer-Man; Sarah Michelle Gellar, Teela; Lena Headey, Evil-Lyn; Justin Long will be Roboto and the main role of He-Man is Chris Wood.

The talents of Mark Hamill y Kevin Conroy they are old acquaintances. They shared a poster in the classic Batman The Animated Series: Hamill as the Joker and Conroy as the Dark Knight. Later they met again in the video game series Arkham with the same characters.