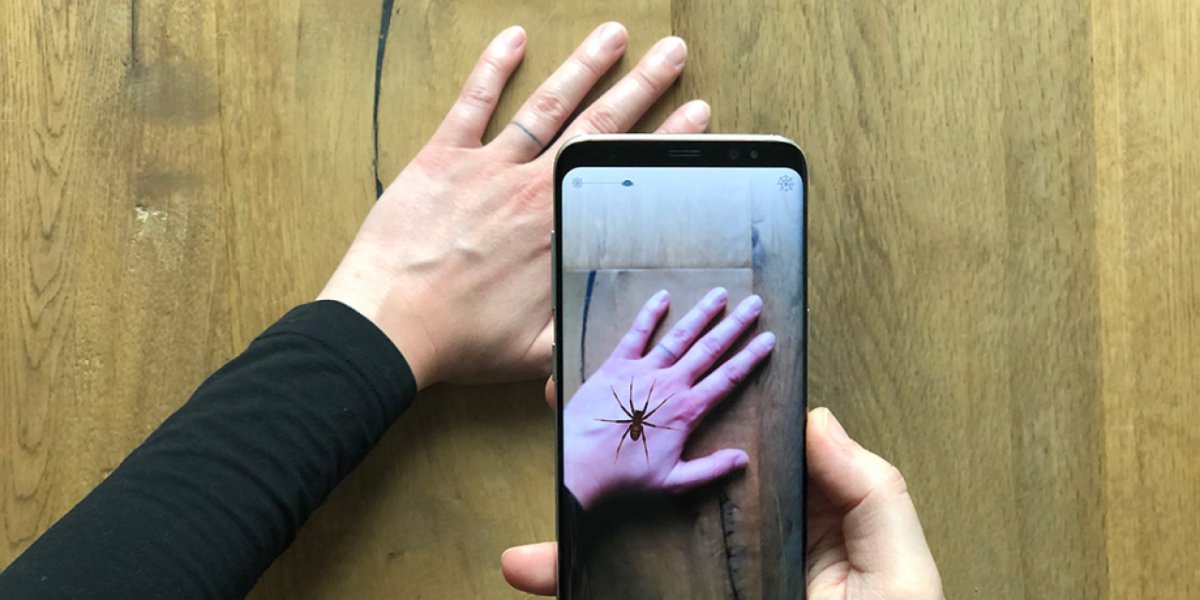 With a specially developed AR app for smartphones, a spider phobia can be noticeably reduced with just a few training sessions. This is the result of a clinical study that a research group from the University of Basel is now presenting. In their app Phobys, people with arachnophobia can view spiders at different distances and interact with them, including as an AR projection on the back of their hand. The comparative study with several dozen participants has now shown that fear can actually be reduced in a playful way and thanks to augmented reality.

Project a spider onto the hand

Fear of spiders is one of the most common phobias explains the team and refers to the restrictions for those affected. They would forego many social occasions and often search rooms excessively for spiders. It is true that the fear can be treated effectively with so-called exposure therapy, but because those affected are reluctant to approach real spiders, it is rarely used. The app is intended to remedy this. It is based on this therapy and uses a realistic 3D model of a spider. The approach to this becomes more intense and difficult in each level, in the end you can evaluate your own fear and disgust. Only then, if necessary, will the next higher level be selected. There are also various playful elements.

The research group has now examined how effective this really is with 66 test persons, they explain in the Journal of Anxiety Disorders. Some of them have practiced with the app, the other not. Anyone who worked on the phobia with Phobys was able to get much closer to a transparent box with a spider after just two weeks.

Affected people with only a mild form of arachnid fear could the app available for Android and iOS The team still thinks it can be used independently. Anyone who has a more pronounced fear of animals should only do so together with an expert. A test to see if you are afraid of the virtual spider is free, the therapy function of the app itself has to be paid for.