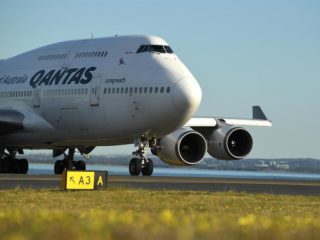 Sydney (Australia), Sep 13 (EFE) .- The Australian competition regulatory body reported this Monday that it has denied authorization for Qantas and Japan Airlines (JAL) airlines to coordinate rates and schedules on their flights between Australia and Japan considering that it is detrimental to competition and the interests of passengers.

The Australian Competition and Consumer Commission (ACCC) explained in a statement that the alliance, whose authorization was requested in December 2020, would have opened the door for Australia’s Qantas and Japan’s JAL to stop competing at all the aspects related to the price and the service during three years.

Qantas and JAL, close competitors on the main routes between Sydney and Tokyo, and the only ones operating between Melbourne and the Japanese capital, jointly carried 85 percent of the passengers who traveled between Australia and Japan before the COVID pandemic. -19.

“The ACCC only authorizes an agreement between competitors if it is convinced that the benefits to the public are greater than the damage to competition and the alliance does not pass this test,” explained Rod Simms, president of the ACCC, in a statement justifying the decision.

The ACCC also stressed that maintaining competition between airlines is key to the long-term recovery of the tourism and aviation sectors when international flights interrupted in Australia resume in March 2020 due to the closure of borders by the covid-19.

The regulator, which took into account the difficulties that the proposed alliance for Virgin Australia would pose in this market, indicated that the low-cost airline Jetsart, which belongs to the Qantas group, plans to fly between Cairns and Tokyo in February 2022, without need for an alliance.