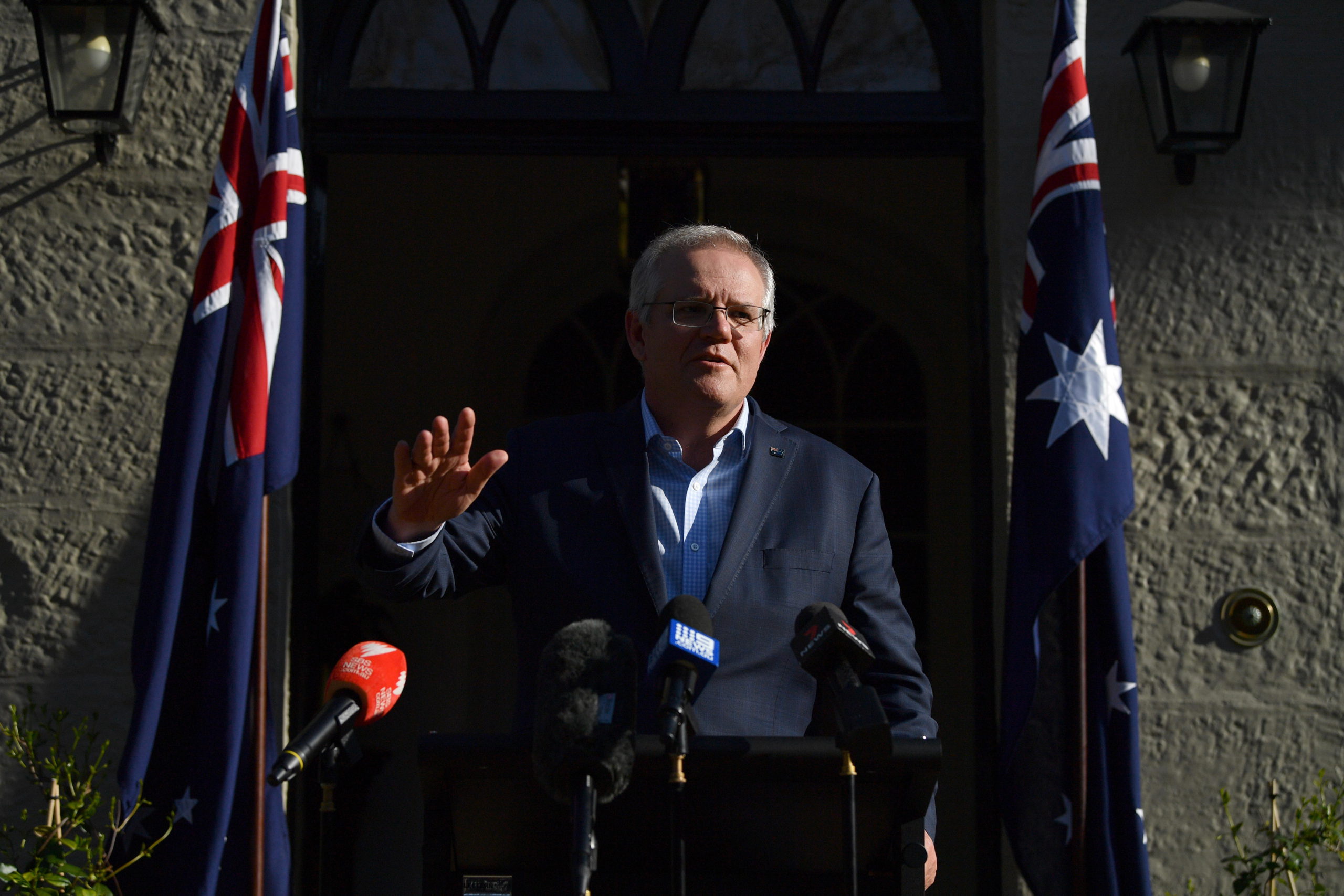 The serious diplomatic crisis caused by the defense agreement between the United Kingdom and the United States with Australia to supply this country with nuclear submarines, to the detriment of a previous pact with France, shows no signs of abating. Two days after Paris decided to call its ambassadors in Washington and Canberra for consultations, Australian Prime Minister Scott Morrison enlisted this Sunday to defend the agreement baptized as Aukus, while several members of his Government deny the accusations of Paris of having lied to cancel the commercial commitment with the Gallic country.

On Saturday, the French Foreign Minister, Jean-Yves Le Drian, appeared on the France 2 newscast to accuse the United States and Australia of having broken their trust by closing their agreement with “double-talk, contempt and lies.” Paris maintains that the Aukus deal was secretly negotiated and that French President Emmanuel Macron was totally unaware of it until an hour before it was announced on September 15. In a radio interview the day after this announcement, Le Drian had already described this pact as a “backstabbing” against France.

The Australian prime minister responded this Sunday to this invective in an appearance before the media in which he used a more restrained tone but without making any concessions. The French government, Morrison said, had “all the elements” to know that his country harbored “serious and grave concerns” that the now-annulled agreement to buy 12 French conventional submarines, concluded in 2016, “was not going to satisfy” its ” strategic interests ”so they made it“ very clear ”that they would make a decision based on their“ strategic national interest ”. The head of the Australian Government claimed to have communicated these concerns to President Macron in June.

“Of course it is a matter of great disappointment for the French government, so I understand their disappointment,” Morrison clarified. “But at the same time, Australia, like any sovereign nation, must make decisions that respond to our sovereign national defense interests,” he explained.

Australia was “frank, open and honest” with France, Australian Defense Minister Peter Dutton added, also this Sunday. “The insinuations that the Australian government had not signaled [a Francia] their concerns challenge, frankly, what is in the public domain and certainly what they have said publicly for a long period of time, “Dutton told SkyNews. Another member of the Australian Executive, Finance Minister Simon Birmingham, reiterated that his country had informed Paris of the agreement with the United States and the United Kingdom, although he acknowledged that the negotiations had been secret given the “enormous sensitivities”.

The United Kingdom also justified this Sunday the agreement that has not only aroused the anger of France, but also that of China, the power whose growing influence in the Indo-Pacific region aims to counteract the Aukus pact, according to various analysts. The newly appointed British Foreign Minister, Liz Truss, used the same argument as the Australian Prime Minister to defend a defense agreement that defends the “national interests” of her country, she said in an article published this Sunday in the newspaper. Sunday Telegraph. “It’s about more than foreign policy in the abstract, but about … partnering with like-minded countries to build coalitions based on shared values ​​and interests,” wrote Truss.

France’s discontent is not explained only by the cancellation of the contract to buy 12 conventional diesel-powered submarines from the French conglomerate Naval for 37,000 million dollars (31,500 million euros).

The exclusion of France from the strategic alliance of the Aukus pact in the Indo-Pacific region is also an affront to Paris. France has in this vast area several overseas territories such as New Caledona and French Polynesia. Despite its lesser prominence in recent years on the world stage, the French country considers itself an international power. France holds one of five permanent veto seats on the United Nations Security Council.