Australian competitor uses a condom to repair her kayak and ends up winning bronze at the Olympics. Tokyo 2020 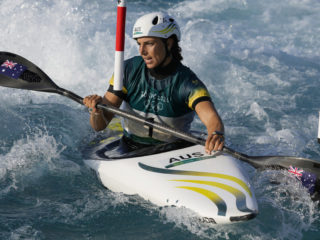 Australian athlete Jessica Fox suffered a kayak mishap during the final of the women’s K-1 slalom rafting at the Tokyo 2020 Olympics on Tuesday and resorted to a clever trick to repair it.

The problem arose before the competition, when the nose of his kayak was damaged, jeopardizing his participation in the event.

After several unsuccessful attempts to repair it and when nothing seemed to have a remedy, the members of his team placed a carbon mixture at the site of the failure and they fixed her with a condom. Of those same 160,000 that the organizers of the contest distributed to the athletes, advising them, however, not to use them.

“I bet they never knew that condoms can be used in kayak repairs,” Fox wrote on his TikTok account, who was finally able to compete and finished in third place, taking the bronze medal. And he joked that the elastic latex of the condom “gives carbon a smooth finish“.

The following day, Fox became the Olympic champion in C-1 slalom, although already aboard another kayak.

The recording published by the canoeist has already received more than 82,000 likes.