Avatar: Frontiers of Pandora Shines With Exciting Trailer; arrives in 2022 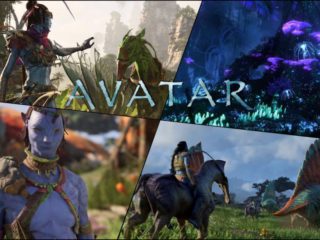 Avatar: Frontiers of Pandora It was the big surprise of the Ubisoft conference at E3 2021, the Ubisoft Forward. We knew that the Massive team was immersed in the video game adaptation of one of the greatest cinematographic phenomena in history, but we did not think that it would appear at the conference this June; especially for its recent delay. But it’s real. The game is scheduled for release in 2022 for xbox Series X|S, PlayStation 5, PC, Google Stadia y Amazon Luna. There will be no version for the previous generation consoles. You can see his debut trailer at the beginning of this news.

During the video we have been able to see that disturbing planet from two perspectives: that of the avatars and that of human beings. A huge world, full of life, color and an aesthetic similar to that of the popular movie. Nature collides with the explosions of the conquerors.

Ubisoft’s first video game based on Avatar It was published more than ten years ago, specifically in 2009, when the film was released. It was a tradition back then. Such was the success of the film that it became the highest grossing film of all time with 2,787.9 million dollars raised; Although in 2019 it would be surpassed by the 2,797.8 million dollars of Avengers: Endgame.

The countdown is over. E3 2021 is here and it is as strong as ever. The most important event of the year in the video game sector is held from June 12 to 15 and will do so, despite the limitations due to the pandemic, digitally with a multitude of conferences. The first of them was this Saturday with Ubisoft. The well-known Ubisoft Forward has been the French company’s response to its unavoidable appointment with ESA. Which game has convinced you the most?

This Sunday will be when we start a frenzy of announcements and events, one after another. The first, the Xbox & Bethesda Games Showcase starting at 19:00 (CEST) with Halo Infinite as one of the masters of ceremonies; then Square Enix with its Square Enix Presents, from which we know we will see the new from Eidos Montreal. Before ending the night it will be time to find out what they have to say to us from the PC Gaming Show. Monday will be a little quieter, but not too much. Take-Two, Limited Run Games and Capcom from 7:15 p.m. to 10:30 p.m. Finally, Nintendo next Tuesday with its Nintendo Direct at 18:00 (CEST), which will last about 40 minutes and will serve to know the lineup of Nintendo Switch games for 2021 and beyond.

You can follow all the news announced during E3 2021 here.