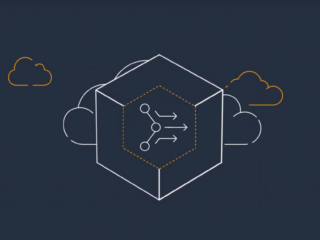 Amazon Web Services (AWS) announced the general availability of its fully managed service, AWS Proton. The service, which is tailored to container and serverless applications, is intended to make it easier for developers to provide, provision and monitor their microservices. For the official announcement of General Availability (GA), AWS is also releasing two new features: Support for multi-account environments and context keys in the Proton API for identity access management.

Manual configuration is not necessary

Proton provides developers with an interface that uses a modular principle to put together the desired architecture, resources, pipeline for CI / CD (Continuous Integration and Delivery) and the tools for observability. AWS Proton should be able to automatically provision the available resources for the stack of an application, deploy the code and set up the monitoring functions. For the developers of the applications under construction, the manual configuration and management of the underlying resources should be dispensed with.

Build cloud-native apps based on microservices

The target group are evidently teams who want to assemble their applications in a cloud-native manner in the form of microservices with smaller portions of code, using container and serverless technologies. Each microservice has its own infrastructure, its own code templates, pipelines and monitoring properties that need to be kept up-to-date during ongoing operations. Sometimes the microservices come from different departments and teams, which then make updates independently of each other. With such composite applications, which do not consist of a monolithic block of code, changes are made more frequently than with traditional programs, and hundreds or even thousands of interlinked microservices, whose dynamic infrastructure is constantly changing, often have to be maintained.

According to AWS, many organizations are overwhelmed with the maintenance and operation of such microservices, which could result in security problems and quality losses. This is where AWS Proton comes in with its curated offering to ensure consistent code across the composite app through the central console. Proton apparently merges the management of several different AWS accounts in particular. A new control layer should enable platform operators to distribute specific authorizations and select which developers are allowed to create services based on templates.

According to the announcement, AWS Proton is now available in the Europe region, among others. A short version of the The announcement can be found on the AWS blog. Anyone who is further interested in it will find See the AWS Proton documentation for information. There is one for getting started with work Specially set up product page.