Barceló takes a run: 80% of its hotels in Europe are already prepared for the summer campaign 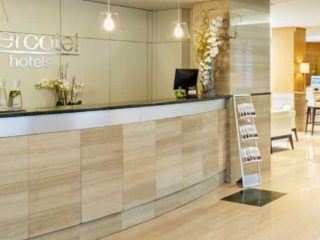 The end of alarm state and many of the mobility restrictions have led to a significant increase in bookings in recent weeks. In this way, the hotel sector finally begins to glimpse the beginning of the recovery after many months with hardly any activity, and in this situation the Barceló Group has accelerated its reopening and currently already has the 80% of its hotels in Europe open.

It must be taken into account that a month ago the company only had 60% of its establishments in Europe, the Middle East and Africa (EMEA), so the number of reopens in the last month has been considerable. The chain has a total of 149 hotels in EMEA so currently 119 of them are already operational. The intention of the Barceló Group is to have 100% of its establishments for the high season of the summer campaign, but as the company has pointed out, “it is a plan subject to the evolution of the vaccination process and the demand both in the Spanish market and in the main source markets ”.

In those destinations where more than one hotel operates, the company will gradually open stores as demand picks up. In principle, only two of the hotels that the chain has in the Canary Islands will remain closed, in which a reform plan is being carried out. Regarding the perspectives for the summer, the demand is concentrated in the very short term or from the end of summer. At this time, reservations for the summer are 50% below with respect to what would be a normal year at this time.

Likewise, Barceló Hotel Group maintains its expansion plans for this year with the opening of five new hotels in Spain located in the provinces of Alicante, Cádiz and Málaga, as well as the incorporation of eight new international hotels.

The Barceló Group recorded consolidated net losses at the close of fiscal year 2020 of 99.4 million euros, compared to the profit of 134.6 million the previous year, “weighed down by the complex global situation caused by Covid-19”, according to its Annual Report, which places its liquidity position above 1,000 million euros.

The co-presidents of the company, Simón Barceló Tous and Simón Pedro Barceló Vadell, They highlight the strength of the company’s balance sheet, highlighting its net cash position of 570.4 million euros, which, together with its high liquidity, will guarantee that it can continue to meet all its financial commitments.

Last year the hotel company registered a gross turnover of 1,483.5 million euros compared to the 4,779 million registered in the previous year. Looking ahead to this year, the hotel group estimates “a first semester with low activity and an improvement from the second half of the year”, although due to the uncertainty of the evolution of the pandemic, the forecasts are updated quarterly.

Endesa has expanded its collaboration agreement with Barceló Hotel Group to supply 100% source electricity renewable to all hotels of the chain in Spain. In 2020, the electricity company already supplied energy with a guarantee of renewable origin to the 18 establishments of the Occidental Hotels brand of Barceló Hotel Group and this year the agreement extends to the electricity consumption of the 66 hotels of the hotel chain in Spain.

Thus, the almost 107 gigawatt hours (GWh) of annual consumption of the Barceló Hotel Group facilities in Spain, equivalent to the consumption of more than 30,600 homes, will be covered with 100% renewable origin guarantee certificates issued by the National Commission of the Markets and Competition (CNMC).