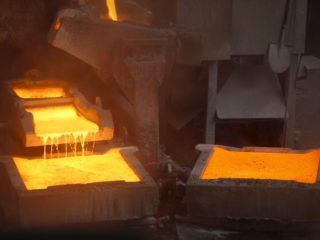 LONDON, Jun 14 (Reuters) – Copper was lower on Monday as fears that China, the main consumer, would take steps to curb any further increases in industrial metal prices reinforced the notion that fundamentals outweigh the prices.

* “The ‘grand’ opening of economies due to vaccines and the revival story was taken for granted very quickly. Now the market is taking a more sober view of fundamentals,” said Carsten Menke, analyst at Julius Baer.

* “At the same time, we have the Chinese authorities saying that they will crack down on speculation in commodity markets,” he added.

* Clues on Chinese base metal demand will come this week with industrial production data for May. The consensus is of a slowdown in activity.

* China plans to release state reserves of non-ferrous metals, copper, aluminum and zinc in a program that will last until the end of 2021, data provider Shanghai Metal Exchange Market and Chinese analysts said.

* Copper stocks at LME registered warehouses are at 138,300 tonnes, an increase of 24% from May 12, easing concerns about supplies in the London market.