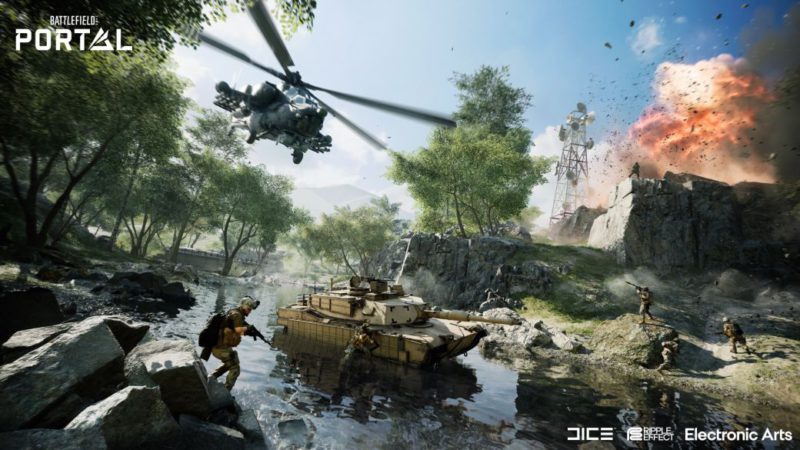 Electronic Arts had its moment during EA Play Live 2021, where some of the titles that the company has underway were shown. We knew that Battlefield 2042 would not miss the appointment, so the new EA DICE production was present with its own panel. The North American company has confirmed the date of the open beta: next September.

Members of EA Play, Electronic Arts’ subscription service, as well as those who pre-order any edition of the video game, will be able to enjoy early access for this open beta. Likewise, those who pre-order the Gold Edition and the Ultimate Edition will have the opportunity to access the full game a few days before launch, starting on October 15.

Battlefield 2042 will incorporate cross-platform play, as well as cross-progression. In this way, users can play with other players regardless of the system they are on. The developer had a technical test planned to test the cross-play, originally set for early July. But nevertheless, the playtest It has been delayed and now it will be held later this summer.

The first-person action game from the creators of Star Wars: Battlefront 2 will dispense with the campaign mode, a mode that has been present in previous games. The idea is to focus specifically on multiplayer, which will allow to gather 128 players in the maps (only in the PC and current generation versions, since in the previous one they will be limited to 64 players).

Battlefield 2042 will be released on October 22 on PS4, PS5, Xbox One, Xbox Series X, Xbox Series S, and PC. If you haven’t tried Battlefield 1 y Battlefield V, the most recent games of the brand, you have the opportunity to get them for free if you are an Amazon Prime customer. Thanks to Prime Gaming, the titles are available on PC at no additional cost.