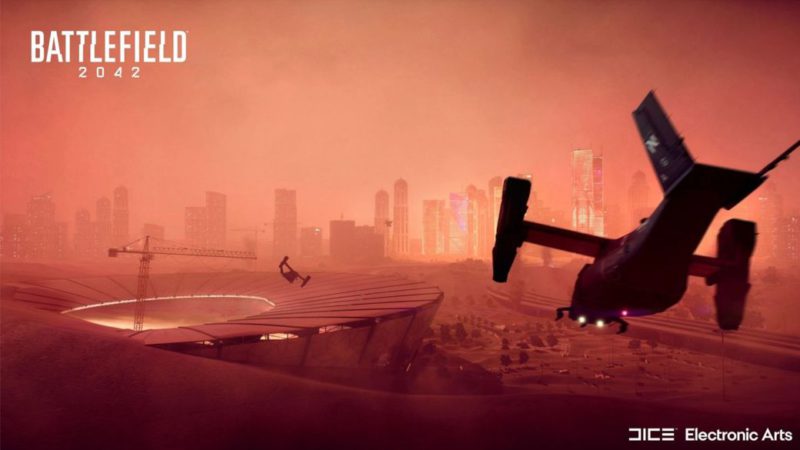 The first-person shooter genre will strengthen its offering in the coming days. In addition to Call of Duty: Vanguard, players will be able to enjoy multiplayer matches in Battlefield 2042, the new production from EA DICE. It gives the impression that first reactions of users have been positive, or so says Andrew Wilson, CEO of EA. In his words, the impressions with the beta have been “overwhelmingly positive.”

The statements were made during the share meeting, in the context of the presentation of the financial results of the second quarter of fiscal year 2021. “I think that in general the feedback from the beta has been overwhelmingly positive,” although he does acknowledge that “ there have been conversations about some elements of the beta”, Errors that have been discussed at length and that DICE will correct in the commercial version.

“We want to be able to take advantage of the feedback on these elements.” He points out that he refers to constructive criticism, which will allow “Implement” the changes in the video game. “And again, I think that what we have talked about with the community is that it is a build old one that we used for the beta as the team continued to work, tweak, and improve the build game over”. He states that they feel “very good” about it and points out that the initial figures “should be read” as a symptom of “the tremendous demand” that there is with Battlefield 2042.

Battlefield 2042 will be released next November 19th on Xbox One, Xbox Series X, Xbox Series S, PS4, PS5, and PC. It should be noted that all those who are subscribers of EA Play and Xbox Game Pass (Ultimate or PC) will have the possibility of accessing the game in advance on November 12. They will be able to play 10 hours in total, while EA Play Pro members will enjoy the full title.