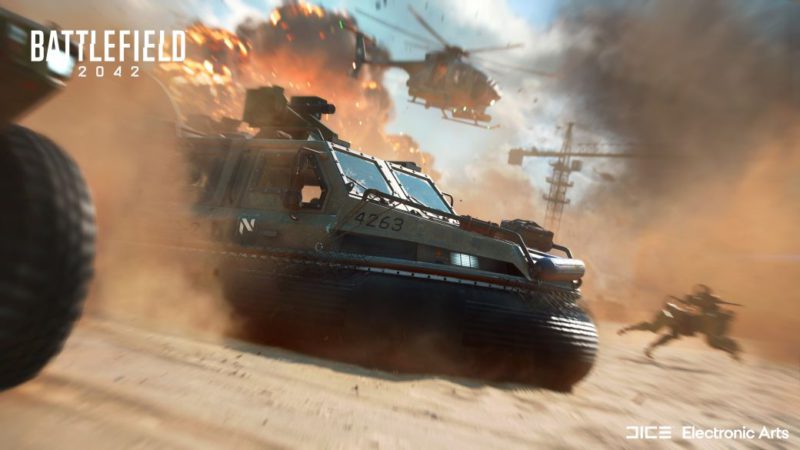 Electronic Arts has released the initial figures of Battlefield 2042, and that the game has not yet gone on sale. In the financial report for the second quarter of fiscal year 2021, the company has commented that they have already managed to attract 7.7 million players. This data includes users who participated in the open beta, which was joined by 3.1 million players.

“Based on our confidence in our sagas and services, we have once again increased our forecasts for this quarter,” said Blake Jorgensen, EA CFO during the presentation of financial results. “We are positioning ourselves to a powerful Christmas stage, driven by our exciting Battlefield 2042 ”, so they anticipate growth“ this year, next and beyond ”.

EA Play and Xbox Game Pass Ultimate and PC subscribers will be able to hit the battlefield ahead of its official launch. In the line of other products of the company, all of them will be able to try 10 hours of game from the next 12th of November, a few days before its arrival at the market. In addition, members of EA Play Pro (only available on PC) will have the opportunity to access the full game, with no additional limitations.

Battlefield 2042 will be released on November 19 on Xbox One, Xbox Series X, Xbox Series S, PS4, PS5 and PC. This time, EA DICE has focused on the multiplayer facet, which means there will be no story campaign. The title was recently shown in a new gameplay trailer for Portal mode, one of the great stars of this installment. We can dive into the content of previous titles and use the game mode editor, as well as explore the different maps.