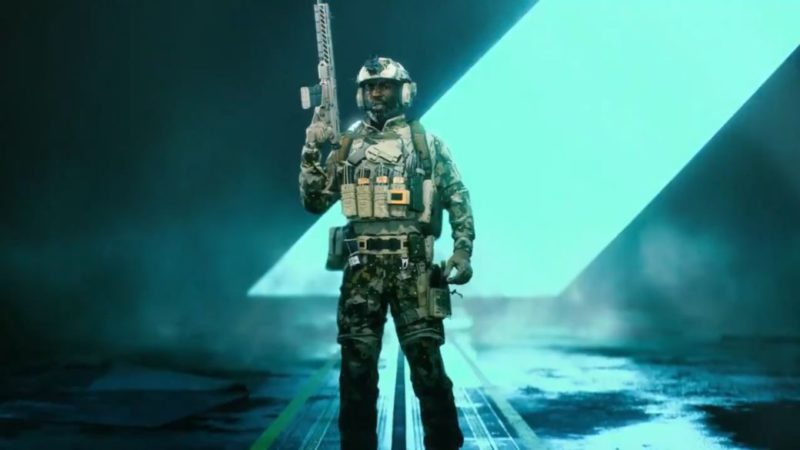 Battlefield 2042 shared a small teaser gameplay of his new and fifth operator: Kimble ‘Irish’ Graves. The soldier, known for his participation in the Battlefield 4 campaign, will deploy a series of gadgets on the battlefield to help him survive.

Below this paragraph you can see the clip, where DICE focuses on the use of its main gadgets. The first we see is the DCS drop down coverage, which as its name suggests will allow you to create a safe environment anywhere. You can take cover to save yourself from all the projectiles coming from the front.

Second we see the system APS-36. Yes, that box that looks like an ammunition package is actually a device capable of deflecting all explosives within reach. If a rocket launcher missile is thrown at your position, this will be able to avoid the impact. In addition, his passive ability allows him to distribute armor packs and other bonuses to his companions when taking down enemies.

“Kimble ‘Irish’ Graves is a natural leader and the commander of the specialists aboard the Exodus. Originally from Brooklyn (New York), his natural leadership qualities and combat skills help him protect the homeless, ”he explained. Electronic Arts on its official website. “Having learned firsthand the cost of war as a Marine, this skilled engineer is dedicated to protecting both his patrol and those who cannot fight for themselves.”

The popular character will also have his place as part of the booking bonuses. If you complete the pre-order you will receive his legendary skin Battle-hardened, as well as early access to the open beta, the epic weapon charm ‘Mr. Chompy ‘, a player card background, a badge, and the epic ACB-90 takedown knife.