Battlefield 2042 | Why doesn’t it have a single player campaign mode? 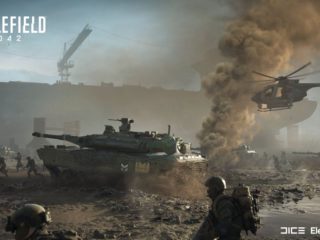 Battlefield 2042 will not have campaign mode single player, as has been customary in the saga. The ambitious new installment of EA DICE, scheduled for this October 22, aims to be a new generation experience where the sensation of warfare leaps forward. “We focus on what we do best at DICE: multiplayer”, Oskar Gabrielson, General Manager of the Swedish studio, has indicated to MeriStation, who promise to make the“ largest delivery ever made ”.

Battlefiel 2042: the most ambitious installment in the EA DICE saga

In an encounter with Eurogamer, Daniel Berlin, design director of Battlefield 2042, has deepened in this regard so as not to ignore a decision that has not finished convincing fans of single-player campaigns. But there is a creative criterion behind this choice. “It is something that allows us to focus on what we do best”, Maintains Berlin.

“If you look at the DNA of the studio, what we’ve been doing for so long, we just said that this time we weren’t going to have a traditional single-player campaign, we were going to put all that emphasis and all the resources on it. create depth in multiplayer. […] Because that’s what we do best”, Ends-

“Battlefield 2042 is not a game without narrative”

That’s not to say that Battlefield 2042 is going to forget about the narrative, however. “Battlefield 2042 is not a game without narrative,” argues Berlin. “We maintain a universe driven by narrative; it is something that you will be able to see through the eyes of the specialists that we are introducing. As we progress in the live service and in the seasons, we will introduce new specialists, and you will see how the world evolves through the eyes of these specialists”.

Battlefield 2042 hit stores next October 22, 2021. The new installment of DICE will launch simultaneously on PS5, Xbox Series X | S, PS4, Xbox One and PC. We will see its first gameplay this June 13 during the Xbox conference of E3 2021.