BBVA customers are paying more and more with a card: their use shoots up 20% compared to 2019 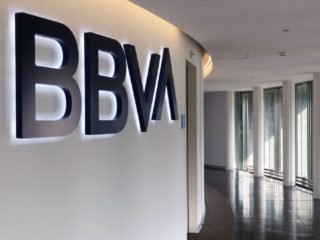 The coronavirus crisis has accelerated the digitization of banking and Spaniards pay less and less with cash. This is the case for customers of BBVA that have increased card spending by 20% in June compared to levels prior to the impact of the coronavirus crisis, thanks, in part, to the improvement in consumer confidence derived from the advancement of the vaccination campaign and the elimination of restrictive measures of the different governments.

This was explained by the president of BBVA, Carlos Torres, at the inauguration of XXXVIII Seminar of the Association of Journalists of Economic Information (APIE) held this Monday in Santander with the presence of the Second Vice President and Minister of Economic Affairs, Nadia Calvin, referring to data from BBVA Research.

“Card spending has been growing in June by 20% compared to the prepandemic figures, especially thanks to the Spanish consumer,” explained the banker. In addition, he stressed that non-contact spending has been even higher due to the boom in online commerce until advancing 54% over 2019.

The banking digitization process has led to transactions at BBVA offices register a drop of 54% compared to 2019. Thus, customers of the Spanish bank opt for spending with a card or spending online, rather than face-to-face.

However, Torres has made an appeal and has focused on the return of international tourism to achieve the recovery of spending in Spain that is already shown in international indicators: “We need tourism to return, to recover non-resident spending”.

“We see an improvement in investment data, which, in part, is supported by the expansionary monetary and fiscal policies to face the impact of the coronavirus crisis, although, at the moment, they are still below the data recorded in 2019, ”Torres has advanced.

Data that could improve in the final stretch of the year, since, according to the president of BBVA, “the indicators show that we are moving towards a growth phase to transform the economy, prepare for a world that is in the process of radical change and capitalize the opportunities that European Next Generation funds offer us. ‘

The president of BBVA, Carlos Torres Vila, indicated this Monday that the peak of the delinquency for the support measures that have taken place in the face of the Covid 19 crisis and estimates that this peak will become evident in 2022.

Torres Vila has indicated that this peak has not yet been seen, which will be visualized when the support measures that were applied to alleviate the impact of the crisis are withdrawn and has added that the peak of the cost of risk has already occurred, as the provisions in a very relevant way in 2020, with an increase in the first quarter of 50% over normal. Thus, the Spanish banker has explained that, from now on, provisions will go down, while delinquency will rise to reach its peak in 2022.

The president of BBVA has ensured that the employment regulation file (ERE) that just closed the entity has been “a painful process, which emotionally has important connotations, but in which we have worked very well, in a constructive and dialoguing way to reach an agreement with the unions.”

In your opinion, it is about “a good example” which includes measures that show that the bank “wants to help society to reconvert itself.” Along these lines, Torres has stressed that entities are converting activities that previously had added value in offices, while now the client is interacting remotely.