Beer made with bread or orange and milk clothes: imagination to boost the circular economy 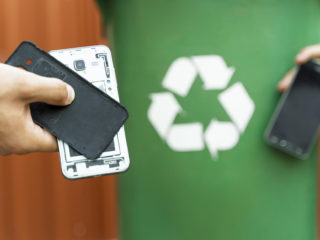 From use and discard to restore, regenerate and reuse. This is the basis on which the expansion of the circular economy in the world has been supported to improve efficiency in the use of resources in our productive, extractive and consumer activities. Progress, in any case, is still slow: according to the Circle Economy organization in its report The Circularity Gap 2020, currently only 8.6% of the world economy is circular, when two years ago it was 9.1%.

Three of the reasons this organization cites are high extraction rates; ongoing stock build-up and increasing (but still low) levels of processing and end-of-use cycle. More than 100 billion tons of materials enter the global economy each year, a figure never before seen on the planet; Of these, only 8,600 million tons are being reused, even though in recent years this last figure has been increasing and it is estimated that in 2021 it will reach 9,000 million tons.

In this panorama, we see cases of reuse of waste and waste that invite us to believe that these statistics will continue to increase. Some of them, curious and perhaps exotic, realize that sometimes with creativity and resourcefulness, using, restoring and reusing is possible.

Here we present some current cases.

There are more cell phones than people on the planet. The Ibero-American Telecommunications Organization (OTI) estimates that there are more than 7,700 million devices, and many of them contribute to the more than 50 million tons per year of technological waste that is generated in the world, according to the UN. However, in countries like Mexico only 2.4% is recycled, says the National Telecommunications Association.

This has led to the emergence of companies that care about their recovery and reuse. The Chilean startup Rephone has focused on the reconditioning of cellular devices damaged by battery, ignition or other causes, to prevent them from being thrown away and, instead, return to the market in optimal conditions for reuse.

“We reuse the equipment instead of discarding it. For each new cell phone produced, an average of 80 kilos of CO2 are emitted. A reconditioned cell phone, on the other hand, only emits 8 kilos,” the company explains on its website.

The Inter-American Development Bank reports that more than 127 million tons of food are lost in Latin America each year. One of the largest contributions is represented by consumption in hotels, restaurants and homes, in which waste is close to 28%.

To reduce these margins, and as a business model that has been growing, technological platforms have emerged that have contributed to the resale of surpluses that these establishments generate with prices lower than those originally established in their offer.