Best premiere movies and series from Netflix, Amazon, Movistar + and Disney + to watch this weekend (June 11-13) 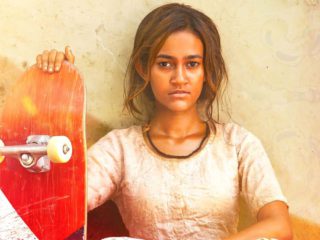 Friday of mourning in Spain, but Friday at last, the most anticipated day of the week, since for those who have study or have a standard-time job, it represents goodbye to 5 days of work, and hello to 2 days holiday. But if on Saturday night you fancy a sofa and a movie, we are going to review the best Netflix premiere movies and series, Amazon, HBO Y Disney+ to watch this weekend.

Movistar +, as always, is the most prominent VOD platform in terms of recent releases. And for this weekend we have Hidden Passenger, in which Chloë Grace Moretz (‘The (un) education of Cameron Post’, ‘Carrie’, ‘Kick-Ass’ saga) plays a World War II pilot fighting a mysterious aerial threat in this film that walks between action films, fantasy and horror. ‘Hidden passenger (Shadow in the Cloud)’ is a daring and original proposal with an adventurous comic spirit and a message about female empowerment.

Also the series Everything will go well, in which an independent twenty-something is left in charge of his two American stepsisters after the death of his father, improvised legal guardian of the adolescents: Matilda (Kayla Cromer), a girl on the autism spectrum preparing for college, and Genevieve (Maeve Press), a witty and scathing girl who is reluctant to accept what puberty has in store for her.

Plus the Assassins documentary: In 2017, Kim Jong-nam, brother of North Korean leader Kim Jong-un, is assassinated in broad daylight at Malaysia’s bustling airport. The murder was recorded in its entirety by security cameras and the images show two girls approaching Kim Jong-nam from behind and covering his eyes with a handkerchief impregnated with XV, the deadliest nerve gas.

HBO brings us tomorrow Saturday the second season of the urban drama Betty, with its five protagonists taking a firm step towards adulthood as women and addressing all the challenges that this entails. Set in the final chapter of 2020, the season portrays the late summer and early fall months in New York City marked by the COVID-19 pandemic, where face masks and outdoor activities are the norm.

And all these movies:

Netflix bets on the second part of Lupin, which tells the story of Arsene Lupine, the iconic French character master of disguise and thief with a white glove reinterpreted by Netflix in the Lupine series, which returns with a new batch of chapters in full emotional ‘highlight’: The Revenge of Assane Diop The kidnapping of his son has cost him no less.

And another of those stories of overcoming and sisterhood so necessary in La Skater: In rural India, a teenage girl’s passion for skateboarding radically changes her life. But to fulfill his dream of competing earlier, he must face tough challenges.

Amazon’s VOD service brings us to the mythical Leonardo da Vinci: Again we have a series based on the fascinating life of the ‘immortal’ artist, only that unlike that Da Vinci’s Demons of action, this one tells us more about real life and the process of creating works that immortalized him in history .

And the documentaries Latin Flow, which shows the enormous capacity for empowerment that urban music has in this reality a group of girls from Latin America. And Clarkson’s Farm: After 4 decades analyzing the novelty of the engine and leading shows like Top Gear or The Grand Tour, Jeremy Clarkson takes advantage of the confinement caused by Covid in 2020 to face his greatest challenge: Create and maintain a farm.

At Disney, after the premiere of Loki, we have

Animation, season 2, what brings back the Disney short series that, through clips of different animated classics, seeks relaxation with a unique use of sound, without dialogue or music, like the water in Moana, the African savannah in The Lion King, or the forest in Pocahontas.

The Twilight, season 1, a daddy thriller in which the murder of a woman unleashes an old and present wave of crimes based on corruption and shady deals.

And the enjoyable and shameless French actioners from Transporter 1 and 2, saga in which Jason Statham began to cultivate his reputation as a tough and grim ‘leading man’.

Home Before Dark, season two of this dramatic mystery series inspired by the true events of a young investigative journalist, Hilde Lysiak, starring Jon M-Chu as director and executive producer. This season, when a mysterious explosion hits a local farm, reporter Hilde Lisko (Prince) begins an investigation that leads her to take on a powerful and influential corporation – with the health of her family and Erie Harbor in a dangerous balance.