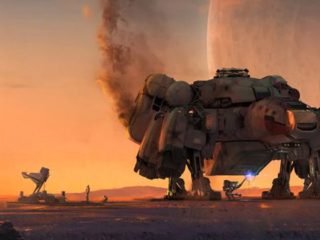 In an interview with Launcher, after the game’s E3 trailer, Bethesda Game Studios producer Todd Howard summarized the game and called the game “Skyrim set in space.”

After the Skyrim reference, Bethesda executive Ashley Cheng made another famous reference: “Starfield for me is a Han Solo simulator. Get on board, explore the galaxy and do fun stuff.” As in Star Wars, you will have robot friends. The robot in the trailer is Vasco, named after the explorer Vasco de Gama.

Howard stated that the game will be about “big questions.” The game will touch on topics such as how space and time came to be and whether humanity is alone in the universe.