Beyond E3 2021: Other Video Game Events and Fairs This Summer 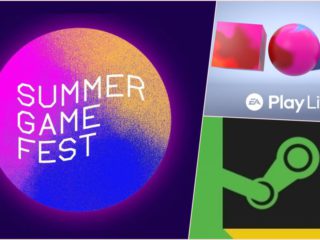 Between the months of June and August is when the video game industry experiences its great moment. E3 is just the tip of the iceberg in the great showcase for the main publishers in the sector. This 2021 we will live one of the most diversified years, since some companies have preferred to move away to look for their own lights. In this piece we will review which dates you must fill in the rest of the free spaces on your calendar. There will be no rest andyou are summer.

Between Summer Game Fest and the companies that have decided to go separately, the current calendar is gradually placing all the pieces of its complex puzzle. Among those confirmed so far is Electronic Arts. The company has already held its event separately from E3 in recent years, and in this 2021 it would be no less. The publisher summons us to July 22 to see his next grid of releases.

Other fairs of special relevance go through two specific focuses. First, el Steam Next Fest, which will be held between June 16 and 22. We will be able to “explore and test” demos of “hundreds of games, watch developer broadcasts, and chat with teams about their games.” Second, the TennoCon 2021, the space dedicated to Warframe lovers, on July 17.

Another place where featured presentations will be hosted will be / twitchgaming. As the company explained, it is “a meeting organized by Twitch that aims to offer a privileged vision of the future of gaming.” It will start on June 10 with the opening of the Summer Game Fest.

Then we leave you with the confirmed schedule so far.

Summer Game Fest returns after its premiere in 2020. The space directed by Geoff Keighley will consist of two phases. The first, the opening event, expected for next June 10 at 8:00 p.m. Spanish peninsular time; the second, the rest of the presentations of the companies that have supported it until its end, expected on August 29.

That opening will be a live broadcast hosted by Keighley himself, who announced that will show “between 20 and 30 games” in one space, plus other surprises and Weezer’s live performance. As he himself explained, it will be “a great show similar to The Game Awards or Gamescom Opening Night Live”.

More of 30 companies have confirmed their participation throughout the same framework.