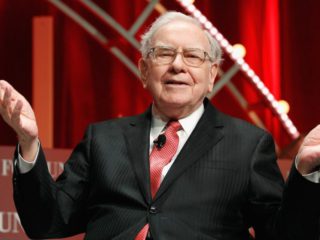 The Internal Revenue Service (IRS), the Tax Agency of the United States Government, has opened an investigation to try to clarify the leakage of the income statement of the largest fortunes in the country, including Jeff Bezos, founder of Amazon; Elon Musk, founder of Tesla o al ‘Oráculo de Omaha’ Warren Buffet.

The immense body of data accessed by the independent and non-profit agency ProPublica exposes the tax returns of the great American fortunes over a period of more than 15 years with the intention of highlighting how billionaires’ wealth has grown much faster than their tax contributions, although it recognizes that at all times within the law.

“IRS records show that the wealthiest can, perfectly legally, pay in income taxes only a small fraction of the hundreds of millions, if not billions, that their fortunes grow each year,” says the agency.

It also maintains that Michael Bloomberg managed to do the same in recent years, something that was also able to achieve the billionaire investor Carl Icahn twice or the financier George Soros, who did not pay federal income taxes for three years in a row.

Speaking to the Senate Finance Committee, Charles RettigIRS commissioner indicated that the federal body had opened an investigation to discover the source of the leak to ProPublica, underscoring concerns that sensitive confidential taxpayer data has been leaked.

For its part, Jen Psaki, White House press secretary, said in statements collected by the ‘Financial Times’ that any unauthorized disclosure of confidential government information by a person with access is an illegality that the Administration “takes very seriously.”

However, Psaki also said that the leak had uncovered the need for measures to “ensure that companies and individuals” pay their fair share in taxes.

The leak of the income statements of US billionaires coincides with the proposal of some Democratic representatives to introduce a wealth tax that goes beyond the declared annual income.

Last April the International Monetary Fund (IMF) pointed out the need to mobilize higher tax revenues to address public spending as a result of the pandemic of Covid-19, for which he proposed that in advanced countries a surcharge can be applied temporarily to companies and people with higher incomes that contributes to reducing fiscal erosion and reducing inequality, as well as acting on taxes such as wealth or inheritance.