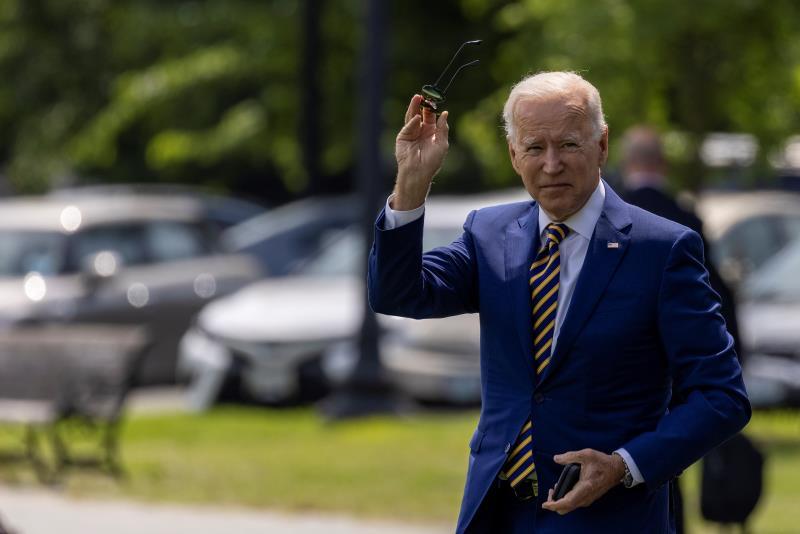 Biden meets with the chairman of the Fed to assess the US economy.

Washington, Jun 21 (EFE) .- The US president, Joe Biden, met this Monday in person for the first time since he came to power with the president of the Federal Reserve (Fed), Jerome Powell, in addition to other officials responsible for regulatory agencies of finance in the US

Powell and the rest of those attending the meeting at the White House “informed (Biden) that the (US) financial system is in good health,” the presidential residence said in a statement.

“They also indicated that financial risks are being mitigated thanks to solid levels of capital and liquidity in the banking system, and favorable balance sheets in households, derived from fiscal support and economic recovery,” added the White House.

The meeting also discussed topics such as the climate crisis and how to “promote financial inclusion” for the entire population, as well as discussing ideas to “responsibly increase access to credit for small businesses and potential homeowners” , concludes the official note.

The meeting was the first between Biden and Powell, something that the White House spokeswoman, Jen Psaki, described as normal, when she assured in her daily press conference that “most of the presidents meet with the financial regulators” of the country. .

In April, Biden told reporters that he had not spoken to Powell until then because he respected the “independence” of the Fed and wanted to make a contrast to his predecessor, Donald Trump (2017-2021).

During his tenure, Trump launched dozens of criticisms of Powell, whom he accused of “not having a clue” of monetary policy, in addition to pressuring him to lower interest rates, an attitude that caused discomfort in the financial markets.

Powell, who is a Republican, was nominated by Trump to head the central bank and his term expires in February 2022, so Biden will have to decide whether to extend his nomination for a new term or if he chooses another candidate.

The meeting at the White House was also attended by the Secretary of the Treasury, Janet Yellen; the chairman of the United States Securities Market Commission (SEC), Gary Gensler, and the acting chairman of the Futures Trading Commission (CFTC), Rostin Benham.