Home
News
Biden reactivates this Monday the ‘Stay in Mexico’ program as an immigration policy, amid criticism and promises to eliminate it “as soon as possible”

Biden reactivates this Monday the ‘Stay in Mexico’ program as an immigration policy, amid criticism and promises to eliminate it “as soon as possible” 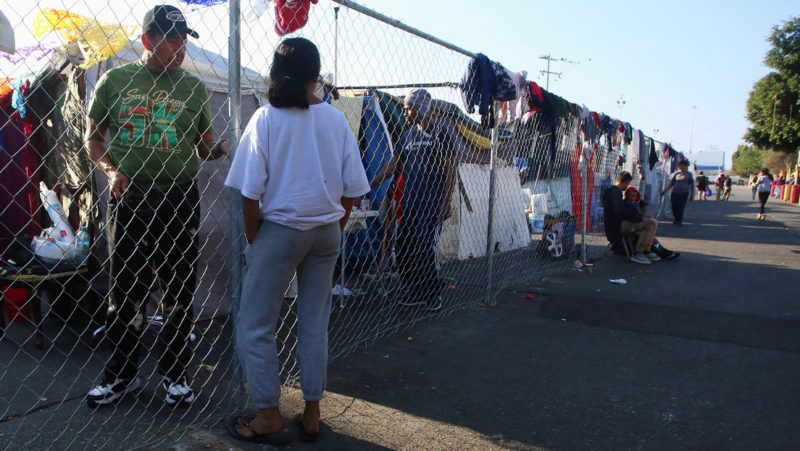 The US reinstates the Migrant Protection Protocols, a program known as ‘Stay in Mexico’, initially promoted by the Donald Trump administration and suspended earlier this year by the current Democratic government.

The measure, which is controversial in both nations, forces U.S. asylum seekers to wait in the neighboring country while the registration process progresses. The vast majority of applicants are Central American citizens.

The reactivation of ‘Stay in Mexico’ produces criticism against the president of the United States, Joe Biden, who had previously branded this policy of “dangerous” e “inhuman”. On other occasions, the president also remarked: “It goes against everything we defend as a nation of immigrants.” In fact, he claimed that his administration was “going to end” that program.

A period of 180 days to respond to requests

The leader of the White House is forced to continue with this plan by a court ruling that requires reinstating the program. The resolution came after the states of Texas and Missouri – both with Republican administrations – filed a lawsuit.

In any case, the Secretary of National Security, Alejandro Nicholas Mayorkas, assured that this program will end as soon as possible. In contrast, Texas Attorney Ken Paxton called the return of this policy “a great victory”. He added: “I will continue to fight to restore security and order along our border.”

To continue with these protocols, Washington undertakes to respond to asylum requests within a maximum period of 180 days. To do this, they will designate 22 judges dedicated to immigration, who will analyze these cases exclusively. At the health level, all the people involved will be vaccinated against the coronavirus.

“Nobody has been prepared for this migratory movement”

From Mexico, several organizations criticize not having been notified in advance. The conflict occurs because now many people are going to have to increase their stay in the border territories, demanding more social assistance. In fact, many shelters and camps are overcrowded, especially due to the significant number of Haitian citizens who arrived recently, in view of the political, economic and social crisis that worsened on the island after the assassination of Jovenel Moïse.

“The capacity of the shelters has been growing in proportion to the humanitarian emergency“Expresses Gerardo Talavera, general director of the organization Casa Refugiados.” Many of the houses with which we collaborate, began serving 20 people, and today they serve about 60 or 70, “he says.

The interviewee remarks that “capacities have been expanding because the need has been growing“And he emphasizes:” Nobody has been prepared for this migratory movement, but yes there is a lot of will and the desire to support people so that they have a better route. “

Meanwhile, uncertainty increases for thousands of migrants waiting to be accepted in the US, and now must wait in Mexico.