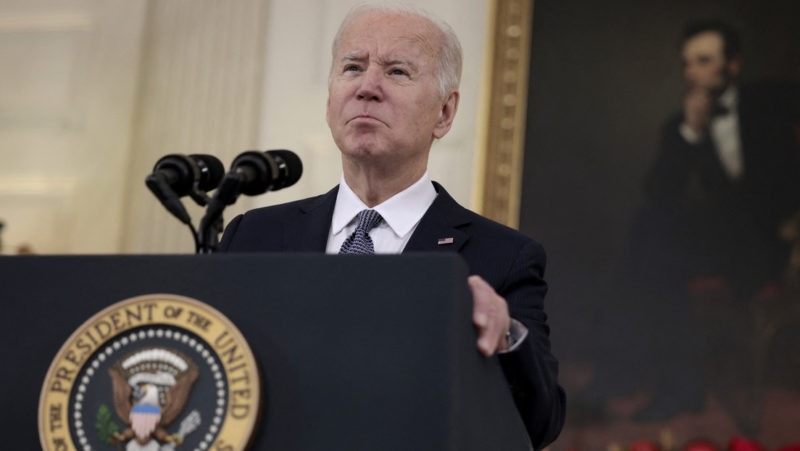 US President Joe Biden said Friday that he “does not accept any red lines” and promised to have a “long discussion” with his Russian counterpart, Vladimir Putin, on the tensions between Russia and Ukraine.

“We have been aware of the actions of Russia for a long time and my expectation is that we will have a long discussion with Putin,” said the president.

Previously, the Russian president affirmed that he qualifies as “red lines” the deployment of weapons on the territory of Ukraine and other threats to the security of Russia. Putin reiterated Tuesday that if attack complexes appear on the territory of Ukraine, Moscow will have “to create something similar in relation to those who threaten us in this way.” However, the president showed his confidence that common sense and responsibility prevail in Western countries so as not to violate the red lines.

For her part, the spokesperson for the Russian Foreign Ministry, María Zajárova, highlighted this Thursday that “NATO approached” the Russian borders and is increasing its military infrastructure, as well as conducting exercises in the region. The spokesperson reiterated in this context that NATO’s expansion eastward is “a red line” for the Kremlin. According to his words, “the continuation of Kiev’s involvement in the Alliance’s military orbit”, as well as the exploitation of the Ukrainian military infrastructure by NATO, which “began ‘de facto'”, and the intention turning Ukraine into “a springboard for confrontation against Russia” pose “serious negative consequences, a destabilization of the military-political situation in Europe.”