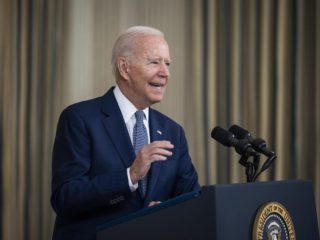 The FTC is made up of five commissioners, no more than three from a single party, who oversee privacy, consumer data security, and some antitrust measures, among other things.

Bedoya currently serves as the founding director of the Center for Privacy and Technology at Georgetown University School of Law.

The Hispanic was born in Peru and became a naturalized American.

If confirmed, Bedoya would go on to help Lina Khan, a Biden-nominated antitrust expert who currently chairs the FTC.

Ben Olinsky of the Center for American Progress applauded Bedoya’s nomination today, saying in a statement that President Biden is making the right decision to nominate the Peruvian for this position.

He considered that Bedoya’s work establishing “privacy as a civil right” makes him a strong option to “help the FTC address the multitude of digital threats to consumers, and support a new era of FTC leadership in a variety of urgent challenges ”and in consumer protection.

The activist urged Congress to confirm the nomination of Bedoya, who is currently a member of the Board of Directors of the pro-immigrant organization CASA.