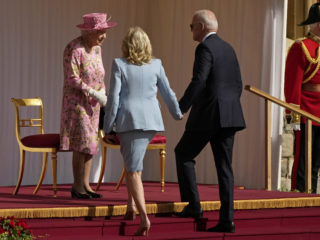 Brussels welcomes this Monday the first visit of Joe Biden as president of the United States with an expectation that has not been remembered since the landing of Barack Obama on the community tracks in 2014. The American, who on Monday attends the NATO summit and the Tuesday at the EU-US bilateral summit, an Old Continent will find itself quite puzzled by its unexpected political momentum and scaled by the geostrategic swings of the White House after the passage of Donald Trump. The NATO meeting will be marked by the resistance of the European allies to embark on a cold war against China as Washington intends. The meeting with the EU aims to put an end to the trade wars unleashed by Donald Trump and to consolidate a transatlantic axis against the belligerence of Vladimir Putin.

Obama’s visit came during the second term of a middle-aged and soothing president for the international order. A newly elected septuagenarian is now arriving in Europe who in the first months in power has overwhelmed the reactionary capacity of European leaders, who can hardly follow Biden’s continuous initiatives in foreign, economic, health or fiscal policy.

“He has passed us by the left several times in these first months of his mandate,” concedes a senior European official, alluding to Washington’s positions on issues such as Israel’s violence in Gaza, corporate taxation or the debate on patents on vaccines against covid-19. Even in the monitoring of the rule of law within the EU: Washington has just imposed sanctions for cases of political corruption on Bulgaria, a member of the community club since 2007, while Brussels is unable to discipline other partners such as Hungary, Poland or Slovenia.

The bewilderment of the European partners was revealed during the last EU summit (24 and 25 May). Some prime ministers, according to diplomatic sources, expressed their resentment over Biden’s attempt to assume moral leadership in the global fight against the pandemic while keeping the export of vaccines blocked. And, above all, they regretted the continuous unilateral initiatives of a US president who seems to take European support for granted.

“The contours of Biden’s European policy are still not clear,” says Rosa Balfour, director of the Carnegie Europe study center, during a virtual meeting with various international media held last Wednesday. Balfour points out that “in Brussels there is still no clarity on what Washington expects from the EU beyond a strong commitment on China.”

The US president suddenly reversed his position on the intellectual property of covid-19 vaccines and distanced himself from the EU to align himself at the World Trade Organization with supporters of suspending patents. Biden has also maintained Trump’s unilateral decisions such as the withdrawal of troops from Afghanistan (only postponed from May to September) or the recognition of Moroccan sovereignty over Western Sahara. And he announced without prior notice, according to European sources, his meeting with Russian President Vladimir Putin, an appointment with undoubted repercussions for the security of the old continent.

Because Xi Jinping plans on this whole visit of Biden to Brussels, but also Vladimir Putin, with whom he will meet on Wednesday in Geneva. Daniel Hamilton, director of the European Global Program at the Wilson Center, one of Washington’s leading think tanks, referred this week – in a round table about this trip – to the wave of cyberattacks suffered in the United States recently, so many acts against public agencies attributed to the Kremlin as those perpetrated by cybercriminals seeking reward. “This is a dimension of security in which the Alliance [Atlántica] He hasn’t done as much as he could so far and I think he’s going to ask [a sus miembros] do more ”.

Luis Simón, director of the office of the Elcano Royal Institute in Brussels, adds that “the US is looking for ways to involve NATO in the debate on the possible strategic impact of the Chinese boom.” For Washington, which has coined the term “extreme competition” to refer to the great Asian rival, “China is the only power that can sustainably challenge the international order,” according to Simón.

But European sources insist on the need to “maintain a balanced approach in relations with China.” Brussels organizes its relationship with Beijing on the basis of a triple axis: as a trading partner, as an economic competitor and as a systemic rival.

Simón foresees that it will not be easy to find the point of consensus between the two shores of the Atlantic because “many European allies consider that the rise of China is not an issue for the Alliance, given its military nature and its prioritization of the Euro-Atlantic region.”

The EU also doubts the durability of the Biden era in view of the 2020 election result and the attempted insurrection of Trump supporters that crystallized in the assault on the Colosseum in January this year. “The US has been, is and will be the essential ally and partner of the EU regardless of who is in the White House,” says a community source. But the same source states that this close alliance is contingent “on both parties continuing to be democracies that share the same fundamental values.”

The new US Administration has not yet appointed its permanent ambassadors to the EU and NATO, two key positions to channel the White House’s relations with both institutions. Trump took several months to fill both positions, a delay that in Brussels was interpreted as a lack of interest in transatlantic relations. This is not the case with Biden, whose interest in collaborating with Europe seems evident although he has not yet specified how.

Biden has had the gesture of including the visit to Brussels in his first European tour, unlike Obama who neglected relations with the Old Continent and, in particular, with the EU, during his first years in the White House. The current president also arrives in a transatlantic peace and harmony, unlike his predecessor, Donald Trump.

Trump cultivated with care and some viciousness the confrontation with the partners of the EU and the rudeness to the allies of NATO, an organization whose survival came to question. The European leader who best summarized what the EU could do with Donald Trump was the French Emmanuel Macron on the eve of the G7 summit in June 2018 (a summit that would be stormy).

The press then asked Macron what he thought about the American opting for becoming more and more isolated from Washington’s traditional allies and Macron replied: “He says he doesn’t mind being alone, perhaps, but no one is eternal.”

That G7 ended like the rosary of dawn on account of commercial tensions. The one that has just ended in Cornwall (United Kingdom), however, seems to have laid the foundations for a new cycle, with an agreement as important as that of a minimum corporate tax that faces tax competition between countries. The beginning, perhaps, of a great friendship recovered. The problem is that Biden, like Trump, is also short-lived.