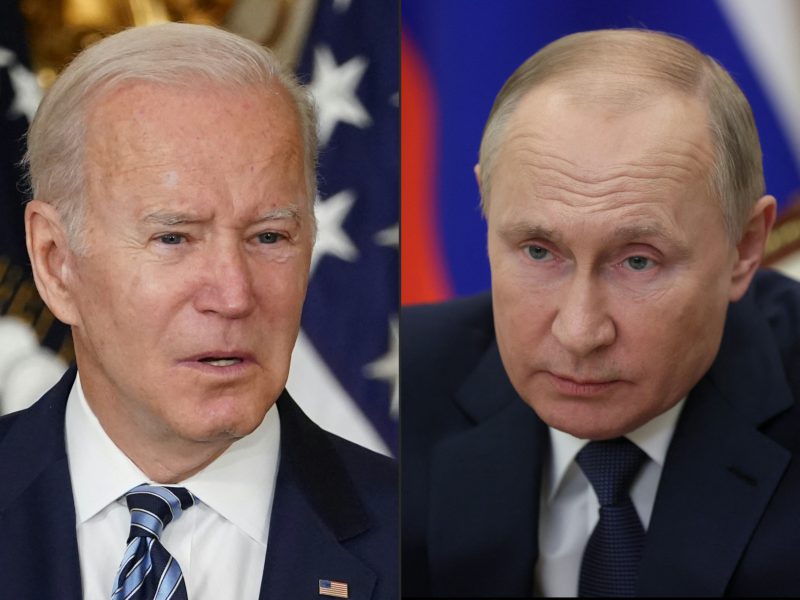 In the heat of escalation of tension between both powers and at the doors of a crucial contact between Joe Biden, president of the United States, and the Russian Vladimir Putin, a high official of the State Department has advanced that Biden will warn in the videoconference scheduled for this Tuesday of that he is ready to reinforce NATO’s eastern front in case the Kremlin decides to invade Ukraine. The official, who has spoken to the press on condition of anonymity, has also stated that, if necessary, “severe financial penalties” will be imposed.

Before communicating with the Russian leader, Biden planned this Monday to make a round of calls with his “main European allies” to unite positions in the message that he is going to send to Putin in a conversation that is scheduled for 4:00 p.m. (Spanish peninsular time). ) and that, according to the aforementioned senior official, will be “frank and professional.” Talks have also been scheduled with the President of Ukraine, Volodymyr Zelenski, first, this Monday, with the US Secretary of State, Antony Blinken, and later this week with Biden himself. Ukrainian Defense Minister Oleksiy Reznikov, for his part, has asked the United States, the United Kingdom and Canada to send instructors and training teams to the front line of the Donbas war. “His presence here would be a good sign for the Russians,” Reznikov said.

The call between Biden and Putin comes at an extremely delicate moment in the diplomatic relationship between the two countries, and a few days after a report from the US intelligence services was released warning that Moscow is preparing an invasion on several fronts in Ukraine ” as early as early 2022 ″. It would be a contingent made up of “175,000 soldiers, along with tanks, artillery and equipment,” according to this information.

According to sources of the Russian Government have leaked to Kommersant, one of the main newspapers in the country, Tuesday’s conversation will be the preview of a face-to-face meeting between the two leaders at the beginning of next year. The Kremlin is also pushing to hold “urgently” a summit of the five permanent members of the UN Security Council to address “the current degree of tension, including the confrontation,” which would include all the actors linked to the Ukrainian crisis. and to China. Putin’s spokesman, Dmitri Peskov, also warned that no one should wait for the meeting with “too high expectations”, because, as he pointed out, “it is very difficult for there to be any progress in the talks.”

Putin stressed last week his demands on the West: the Kremlin demands “solid guarantees” that NATO will not expand further to the East, nor does it want a Kiev offensive to retake the separatist Donbas region. The Russian president denounced that, despite Russian warnings, the Atlantic Alliance has approached his territory since the 1990s.

The senior US official, who has advanced that the videoconference will also address issues such as cybersecurity or Iran’s nuclear program, said that they are observing movements that are reminiscent of the previous Russian attitude before the Crimean crisis in 2014. The Kremlin has been moving troops since spring to the border with Ukraine in a number that ranges from 70,000 soldiers estimated by Washington and 94,000 managed by Kiev. It has also been detected, he added, “a disinformation campaign on social networks.”

Russia justifies its current deployment on the border with Ukraine and the Black Sea by the NATO military presence in the area and by an alleged upcoming offensive by the Ukrainian army in Donbas. The latest accusation from Moscow is that a spy plane approached an Aeroflot commercial flight last Friday and it had to descend some 500 meters in height. The device was not identified and NATO has not commented on the alleged incident.

Meanwhile, the Russian assimilation of the so-called “republics” of Lugansk and Donetsk continues. The leader of the latter, Denis Pushilin, has promised that all its inhabitants will receive the Russian passport “sooner or later”, as more than half a million people already have. Pushilin, governor since 2018 after the murder of his predecessor and his election in elections in which his great rival was retained by the Russian authorities, made this statement during a ceremony in which he was given Putin’s party card.