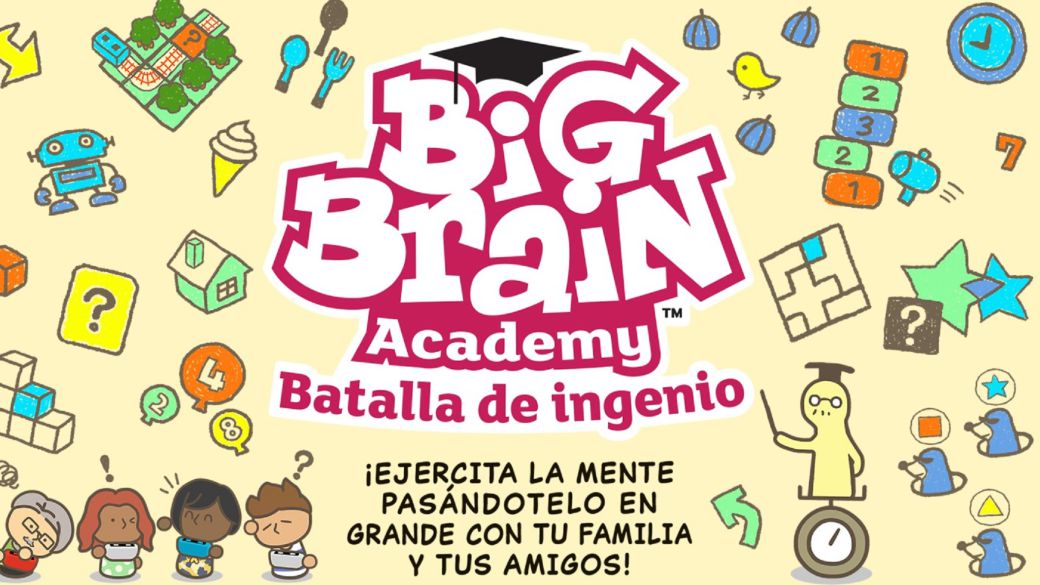 Wringing your brain to solve the most fun challenges will be one of the attractions of playing Big Brain Academy: Battle of wits, a new title for Nintendo Switch that will focus on multiplayer gameplay. Participants must face the rest of the opponents in a series of activities “that will challenge your intellectual capacity and your reflexes”, the Japanese explain in a press release. In addition, they have also announced the release date: December 3, 2021.

Dr. Azo, host and guide within the video game, will provide us with advice, as well as the option for each of the players to set their own level of difficulty. The idea is that people of all ages and skill levels can complete the challenges of acuity, memory, analysis, calculation and perception that the developers have designed.

Although Big Brain Academy: Battle of Wits is conceived as a multiplayer product, the game will also offer options for the solo player thanks to Individual mode. These are daily exercises that will help us “tune and improve” our brain vigor score.

Below you can see the official trailer:

These are the game modes