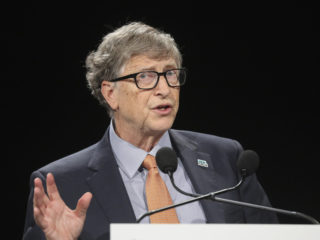 Microsoft founder Bill Gates believes that humanity is not prepared to face a new pandemic, unless efforts are made to create vaccines more quickly.

In the new report from the Bill and Melinda Gates Foundation released Monday, the philanthropist said he is “a little concerned that less attention is now being paid than he expected to preparing to respond to the pandemic.”

Through an exhaustive analysis of global progress in access to vaccines, the reduction of poverty and other health problems, the report found that the covid-19 pandemic has caused a significant setback in the rates of routine childhood vaccination has widened the educational gap between rich and poor nations and increased inequities in access to health services.

On the other hand, the report calls on world leaders to make the long-term investments necessary to develop and manufacture vaccines and improve public health infrastructure, particularly in low-income countries.

“The only real solution to this problem is have factories that can produce enough vaccine doses for everyone in 100 days. It’s doable, “Gates says.

In conversations with the media, the executive director of the Gates Foundation, Mark Suzman, said that the majority of rich, largely vaccinated countries will see a pre-crisis per capita income recovery “this year”, while, by contrast, two-thirds of developing countries will remain below their 2019 indicators and some of them “will face many more years before returning to 2019 levels.”

Finally, Suzman concludes that the economic consequences of the pandemic will also slow progress towards gender equality, in both poor and rich nations, as women have been disproportionately affected by the crisis.

“13 million more jobs have been lost worldwide for women than for men,” Suzman explained. “Women also bear the brunt of caregiving responsibilities in both rich and poor worlds.”