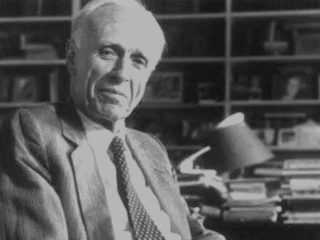 He was born on September 15, 1914, in the Recoleta area, in a wealthy family. Adolfo Bioy Casares He was the only child that Adolfo Bioy Domecq and Marta Ignacia Casares Lynch had. He left an enormous legacy in Argentine literature and the Spanish language, to the point of being considered one of the best storytellers of the twentieth century.

In their house, they remember, there was a huge library that helped him to learn about and get closer to Argentine literature and the classics of world literature (There were even books there in their original languages ​​like English and French). He lived all his life in Buenos Aires, but made many trips abroad. One of those he most remembered was in 1928, when with 14 years he visited Egypt and the Middle East.

At the age of eleven he had already written his first story, Iris and Margarita. Casares spent high school in the Free Institute of Second Education of the University of Buenos Aires. The fact of being part of a family of high social class, allowed him to dedicate himself fully to literature without having other concerns.

In 1932 he met another great of Argentine literature, Jorge Luis Borges. Together they form a personal and literary friendship, which would last a lifetime. That led them to write several works in collaboration with the use of pseudonyms: C.I. Lynch, B. Suarez Lynch and the best known of all, H. Bustos Domecq.

In 1940 he contracted marriage with the writer and painter Silvina Ocampo, that he belonged to a well-known family of Argentine intellectuals. Encouraged by his friend Borges and his wife, he dropped out of university to dedicate himself to writing. And from that moment, his literary career began a very rapid ascent when publishing the novel The invention of Morel in 1941 and thus obtain the Municipal Prize for Literature of the City of Buenos Aires.

Later he published numerous short stories and participated in various literary magazines. In addition, together with Borges, he directed a collection of detective novels, The seventh circle. Created the literary magazine Untimely, prepared the Anthology of the best detective stories in addition to writing essays and translations.

In 1941 they published the Argentine poetic anthology. Many of his works were brought to the big screen and his novels along with his short stories were translated into different languages. It is considered a maestro of the story and fantastic literature. The impeccable construction of his stories and the clarity of his language are the most characteristic features of his narrative.

In 1990 he obtained the Miguel de Cervantes Award, highest award for Hispanic literature. He died on March 8, 1999.