Home
Finance
Bitcón again exceeds US $ 50,000 after falling over the weekend

Bitcón again exceeds US $ 50,000 after falling over the weekend 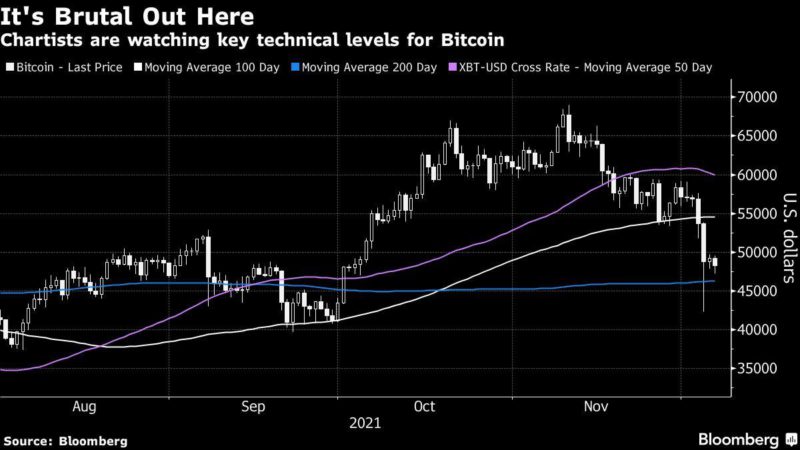 (Bloomberg) – Bitcoin rose again above $ 50,000 as traders studied the debris from this weekend’s sudden drop.

The cryptocurrency rallied above its 200-day moving average after falling as low as 22% on Saturday. Technical analysts say the next key level to watch, should it start to rally, would be its last 100-day average price. Still, any sell-off could see support at the 200-day average price of around $ 46,300 followed by $ 40,000.

Bitcoin and other cryptocurrencies tumbled this weekend amid heightened appetite for risk that also included sell-offs in many areas of the U.S. stock market. central banks to tighten monetary policy and threaten to reduce the liquidity tailwind that lifted a wide range of assets. Some of the so-called altcoins have been hit the hardest: XRP is down about 17% since Friday, Bloomberg data shows.

Meanwhile, ether, which fell below its 100-day moving average during the selloff, could find resistance around its 50-day average price, although its support is at around $ 3,500. Still, it held up better relative to bitcoin in recent sessions.

“The market seems to be setting prices in a world where central banks move to fight inflation, but some of the subsectors of online life continue to grow, such as the metaverse, TNFs, defi, etc.”, noted Stephane Ouellette , CEO and co-founder of crypto platform FRNT Financial Inc.