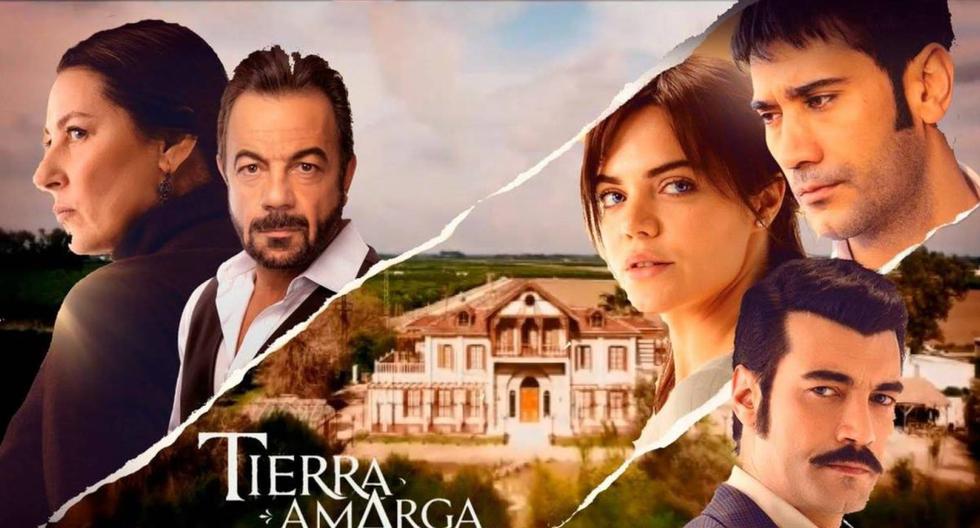 “Bitter Land”: release date and everything you need to know about “Bir Zamanlar Çukurova”

“Bitter land”(“ Bir Zamanlar Çukurova ”in its original language) is the new Turkish production that will land on Antena 3 to replace“Woman”. In this way, the void left by the successful telenovela that follows the life of Bahar Çesmeli will have a new successor, which is already sweeping more than 30 countries and which will soon also do so in Spain.

As a result of the great expectations that the next launch of the new drama has generated, we will tell you when it will be released, what it is about, who will act and what characters will play, seasons and more. So pay close attention to all the information that we will provide you in the following note.

There is still no exact date for the premiere of this international success, but taking into account that the last episode of “Kadin” is expected to be broadcast on Tuesday, July 20 by Antena 3, “Tierra Amarga” would begin to air at the end of July or at the latest at the beginning of August of this year.

The trailer for the Turkish soap opera began to be broadcast in the second half of June, creating great expectations among Spanish viewers. In the 25-second video, one of the protagonists is heard saying “If we are together, we will overcome everything”, which will be the basis for fighting for his love.

The plot takes place in the 70s when a loving couple, Züleyha and Yılmaz, decide to hide their identity, after the boyfriend murders a subject in his eagerness to protect his beloved from a sexual assault. After this tragic event, they leave Istanbul for an unknown place.

This is how they arrive in Çukurova, specifically the town of Adana, where they decide to stay and work on the Hünkar Yaman farm together with his son Demir, who will fall in love with the young woman without knowing that his heart belongs to Yilmaz. The protagonists, in their desire to have a place to live and work, pretend to be brothers, which will generate many conflicts and will put their love to the test.

The Turkish soap opera has three seasons and in its country of origin it is about to end.

“Tierra Amarga” is known as one of the most ambitious productions of the last decade due to its setting in the 70s, which entails costumes and locations, being applauded by critics.

It was revealed that a team of more than 500 people worked hard to make this production, which has taken several years of filming, a reality.

The locations of this fiction take place in two settings: Istanbul and Çukurova.

This Turkish soap opera has the original name of “Bir Zamanlar Çukurova”, which translated into Spanish is “Once upon a time in Çukurova”, although in other Latin American countries such as Mexico, Bolivia, Uruguay and Paraguay it is known as “Tierra amarga”. With the exception of Argentina, which called it “Zuleyha”.