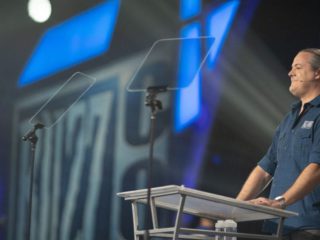 The state of California has denounced Activision Blizzard for alleged cases of workplace and sexual harassment in the World of Warcraft company and Overwatch 2. The also creators of Diablo IV have been identified as a company in which bad behavior has allegedly prevailed for some time years. J. Allen Brack, named president of Blizzard Entertainment in 2018, has sent an email to the employees, a document shared publicly on Twitter by journalist Jason Schreier. Along these lines, the manager acknowledges that what the complaint reveals is “extremely worrying.”

“Personally, my emotions are running high for what came out yesterday,” Allen Brack begins. “I know you do too. The allegations and harm to current and former employees is extremely concerning”. The manager acknowledges that many of his employees certainly want more clarity on this matter, but what he can say is that the behaviors included in the complaint are “completely unacceptable.”

According to J. Allen Brack, no one can be tolerated being harassed or discriminated against. “Everyone should feel safe working here, whether it’s on campus, at BlizzCon or working from home.” According to his words, it takes “courage” to take a step forward, although remember that the company investigates all accusations internally or externally. “We take these accusations very seriously. They can be done without fear of reprisals, in many cases I take care of them myself, along with other leaders ”.

The president recalls that when he accepted the leadership he spoke with Bobby Kottick, president of Activision Blizzard, about Gloria Steinem, one of the most relevant figures in feminism in the United States. “The value of women as equals, understand the work that was done [para garantizar] equal treatment and the fact that there was still a lot to do were common themes ”at that time. “This is one of the reasons the fight for equality is incredibly important to me. People with different backgrounds, points of view and experiences are essential to Blizzard, our teams and our community of players. ” He says to disdain the culture of brothers (bro culture in English), something he has “fought for his entire career.”

Allen believes that they must shape their corporate culture with the same intensity with which they launch their games. “Our values ​​have to act as” example. “The people who work in the company are the ones who make it what it is, through their actions and creations ”. For the manager, each of the members of the company plays a role in maintaining internal security. “It is up to each of us to build the Blizzard we want.”

J.Allen Brack has announced that continue meeting with all employees that they need it. He also encourages them to chat with any manager or member of the legal team. Anyone who prefers to remain anonymous will have the opportunity to contact Way2Play Integrity Line.

“I feel angry, sad, host of other emotions, but I am also grateful to work with a group of leaders and hundreds of employees who join me in the commitment to continue improving ”.