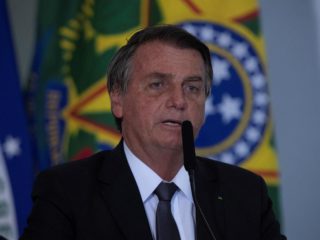 Brasilia, Sep 13 (EFE) .- Brazilian President Jair Bolsonaro announced on Monday a housing financing program aimed at police officers and public security personnel, of whom he said that “every day they risk their lives.” throughout society.

“The own house, more than a dream, is a necessity for all”, declared the president, who valued the work of all the security forces of the country, which represent a significant part of his support base, especially for his policies. aimed at facilitating civilian access to weapons.

“The police and all the personnel of the security area risk their lives every day in defense of ours and our patrimony and they were always forgotten by previous governments,” Bolsonaro said.

The “Habite Seguro” program will initially be endowed with 100 million reais (about 20 million dollars), destined to finance real estate worth up to 300,000 reais (around 65,000 dollars), with preferential interest and terms.

The government’s forecast is that this initial fund will be gradually increased, depending on demand, with resources from the Caixa Económica Federal, a public bank that has financing low-income housing among its main objectives.

This program joins other initiatives promoted by Bolsonaro in favor of the police officers, such as a proposal to prevent an agent who kills a criminal in the performance of his duties from being brought to justice, even if it were suspected that they might have abuse occurred.

That proposal was included in a package of anti-crime measures sent by the Government to Congress, which finally eliminated that point last year, strongly rejected by human rights organizations that place the Brazilian security forces among the most violent people of the world.