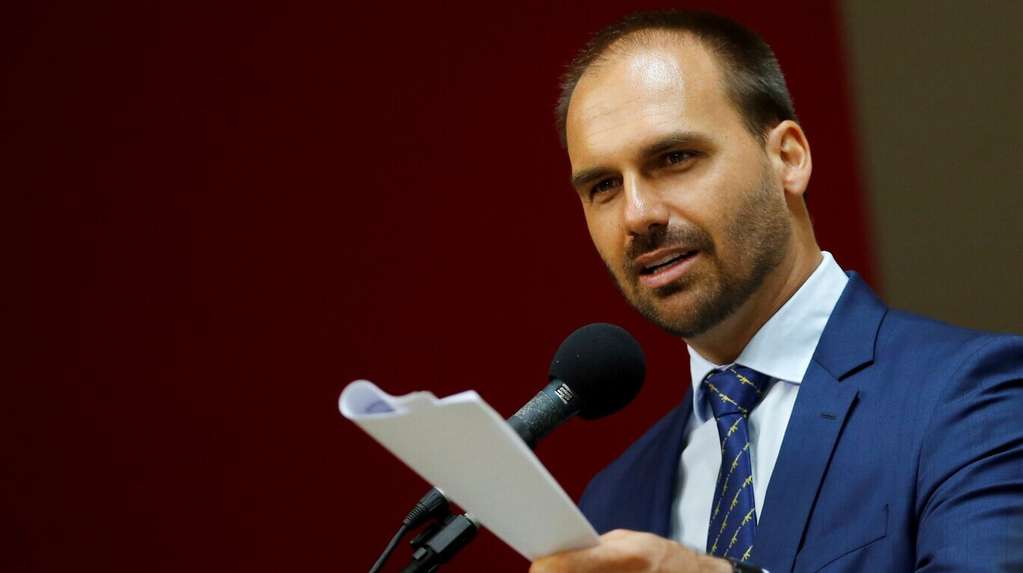 Bolsonaro’s son, on the crisis in Argentina: “If they continue with socialist policies, they will have a worse situation”

The Brazilian deputy Eduardo Bolsonaro referred to the crisis that Argentina is going through, and considered that “if the country continues with leftist policies, it will have a worse situation than now.” In dialogue with TN, the son of the president of Brazil gave his vision about the destiny of the country after the results of the elections STEP 2021 on Sunday, September 12 and expressed his support to Javier Milei.

“I see that in Argentina the same thing that happened in Brazil in 2018 is happening, that is to say that the left is going down. People are realizing what the policies of the left are, because when socialism begins, mainly the poor like it, but in a second moment they realize that they are destroying the country ”, he explained.

In this regard, the deputy stated that “following left-wing, socialist policies, the trend is that the Argentina is going to have an even worse situation than now“, While warning that the country” is not going to get out of the crisis easily. According to the deputy, the political and economic instability will last at least “a couple of years” and clarified that “surely it is not with welfare policies or trying to control the economy with an iron fist that is going to get out of this situation.”

Regarding the PASO 2021 elections, Bolsonaro’s son assessed that it was notorious “that the right is going up and it is undeniable that the expectation is that in the November elections what happened now in the primaries will be repeated ”.

He also stressed that what is happening “opens space for people like Javier Milei, who are further to the right, so that the country has a liberal economy” and said that perhaps there is the possibility that a “New right”.

“Macri did very well because if he was not there, the Argentines would have another left-wing government. But maybe a space could emerge for a new type of right wing to try, so I think that the figure of Milei is doing very well, “he said.

On this point and when consulted about what he thinks of the opposition incarnated by Horacio Rodríguez Larreta and Mauricio Macri, he said that he is against all leftist policies: “I defend the family, legitimate defense through firearms I defend that the State needs to be the minimum possible so that we do not have so much intervention in the economy, because every intervention demands a second intervention. So with all those who have these same flags, surely we can walk together ”.