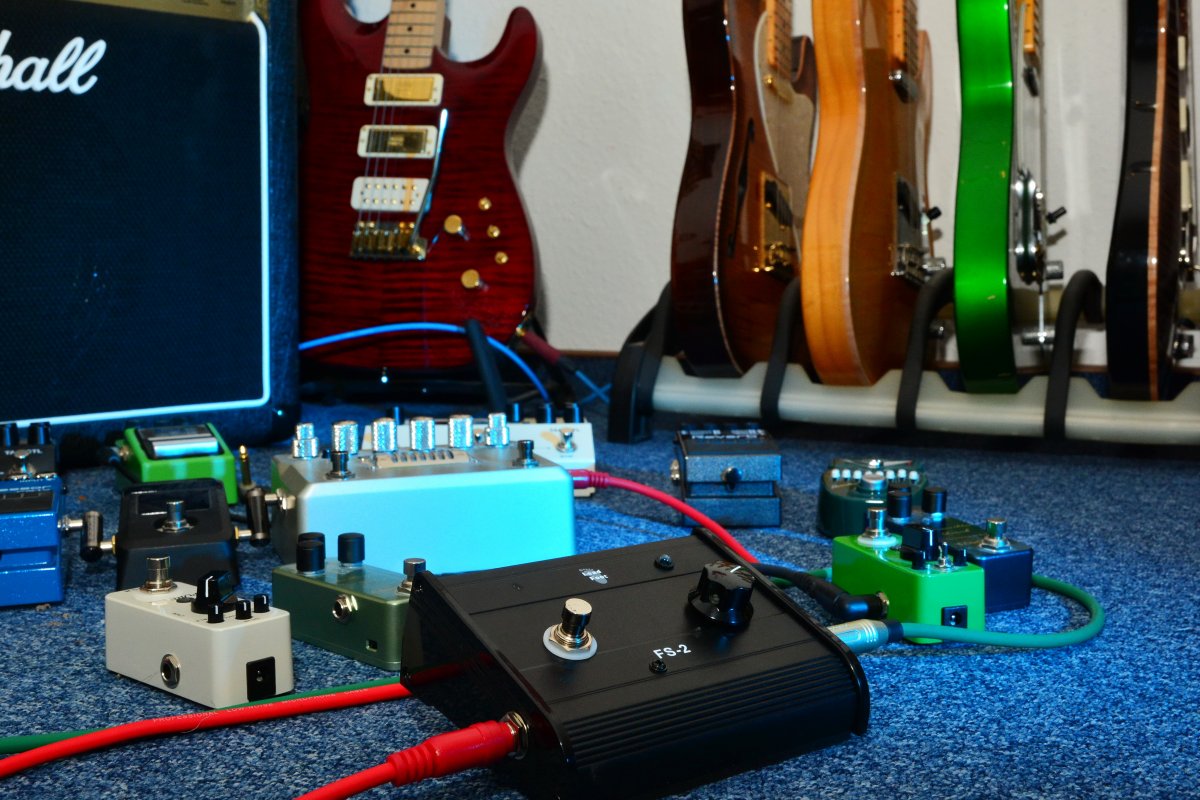 Booster: Build your own preamplifier for electric guitars

Most guitarists have more than one guitar and often more than one amplifier. Between the amp and the guitar there are usually a handful of “mines”, that is, boxes with functions such as reverb, chorus, distortion, compressors and much more that can be activated by footswitch. Our booster now not only balances the level of different guitars, it also saves you having to “readjust” the effects device chain when plugging in, and its amplification also ensures sufficient pre-stage crunch of the guitar amp, especially for instruments with a lower output level (often with Single-Coil-Pickups).

Only a few guitarists (including myself) like to use the volume buttons on the guitar itself to adjust the level, because the respective resistance portion of the volume potentiometer, which is then in series with the guitar cable, is generated with the capacitance of the shielded cable and the capacitive part of the Input impedance of the amplifier a low pass. In other words: heights are lost.