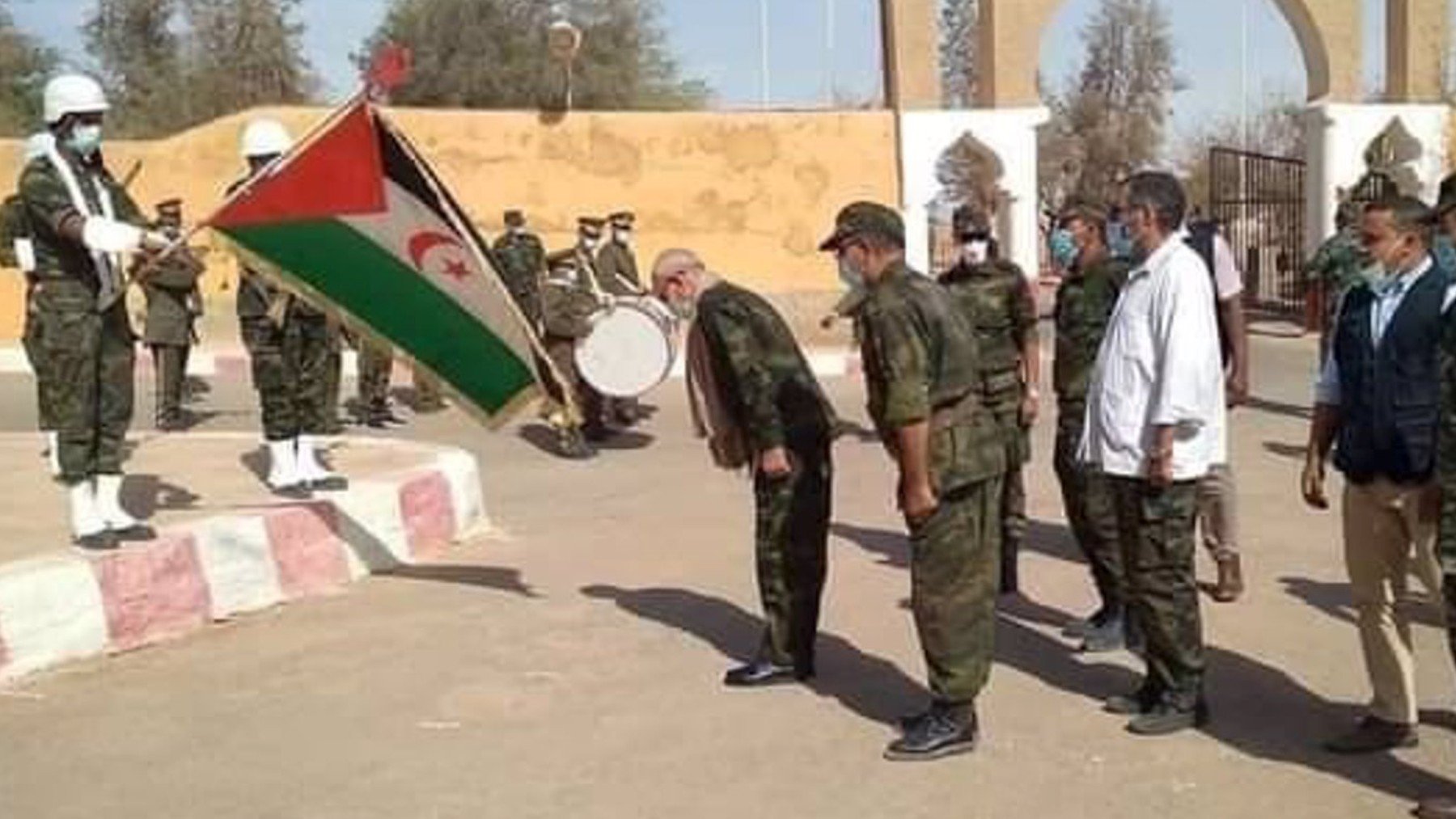 The leader of the Polisario Front, Brahim Ghali, has returned this Saturday to the refugee camps of Tindouf, in Algeria, after recovering from COVID-19 and after his controversial passage through Spain. “Brahim Gali, President of the Saharawi Republic and General Secretary of the Polisario Front, returned to the refugee camps and resumed his functions after successfully overcoming # COVID19,” Polisario himself has published.

Brahím Ghali unleashed a flood of political criticism for the protection made by the Sánchez Government upon the arrival in Spain of the leader of the Polisario Front to deal with Covid. Thus, on April 18, Ghali arrived on an Algerian plane at Zaragoza Air Base, without passing border controls or documentation, from where he left in an ambulance to the San Pedro de Logroño Hospital, a health center where he was admitted under the name of Mohamed Benbatouche to be treated for conditions related to Covid-19. The presence of Ghali in Spain provoked the protest of Morocco with the later ones assaults of Moroccans to the Ceuta border.

On June 2, he left the country from Pamplona after testifying by videoconference before the judge of the National Court Santiago Pedraz for various complaints filed against him for alleged human rights violations in the Sahrawi refugee camps in Tindouf.

Ghali has traveled to the headquarters of the Presidency of the self-proclaimed Republic Sahrawi Arab Democratic to resume his functions, the Saharawi news agency SPS has explained.

Upon his arrival, Ghali reviewed various units of the Polisario Front militias, saluted the national flag and was received by the Prime Minister, Bucharaya Beyún, and the coordinator of the General Staff of the Sahrawi People’s Liberation Army, Mohamed Ibrahim.

Brahim Gali, President of the Republic #Saharan 🇪🇭 and secretary general of the Front @Polisario_Es, returns today to the refugee camps and resumes his functions after successfully passing the #COVID19 pic.twitter.com/cD5IJyd4O5

The former Spanish colony of Western Sahara was occupied by Morocco in 1975 despite the resistance of the Polisario Front, with whom it remained at war until 1991, when both parties signed a ceasefire with a view to holding the a self-determination referendum, but the differences on the elaboration of the census and the inclusion or not of the Moroccan settlers has so far prevented its convocation.

On November 14, the Polisario Front declared the ceasefire broken with Morocco in response to a Moroccan military action against Sahrawi activists in Guerguerat, in the agreed demilitarized zone, which meant a violation of the ceasefire conditions for the Sahrawis.