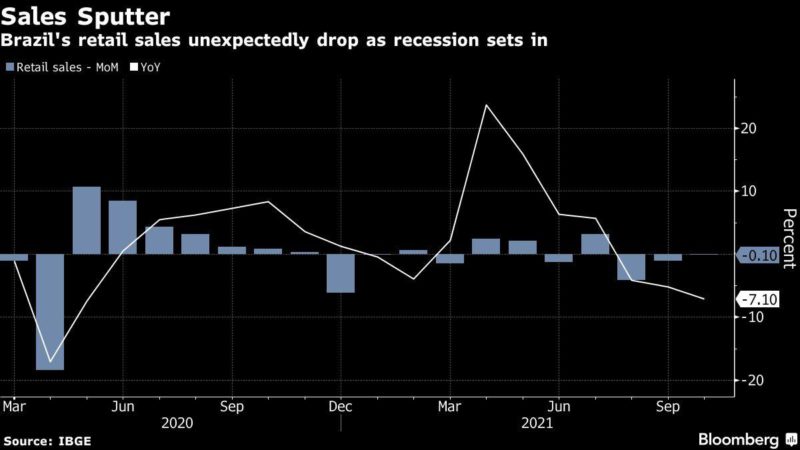 Sales were down 0.1% in October from the previous month, which contrasts with the median estimate of a 0.6% advance from analysts surveyed by Bloomberg. Compared to a year ago, sales plunged 7.1%, the Brazilian Institute of Geography and Statistics (IBGE) reported on Wednesday.

Brazil’s central bank is expected to announce its second consecutive 150 basis point interest rate hike later on Wednesday amid soaring cost-of-living increases. Those factors are affecting demand and led the economy to slide into a shallow recession in the third quarter as the purchasing power of consumers and businesses has been eroded.