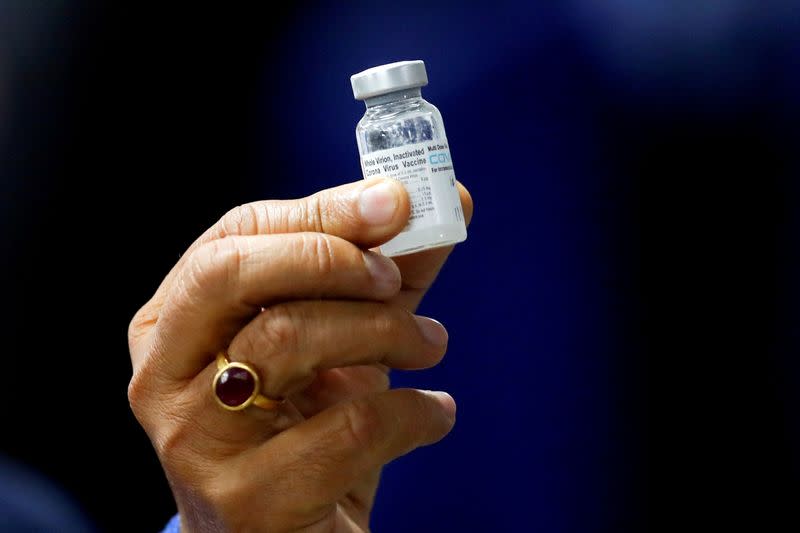 SAO PAULO, Jul 27 (Reuters) – The board of directors of the National Health Surveillance Agency (Anvisa) cautiously suspended its import permit for the COVID-19 vaccine from Bharat Biotech while waiting for more data, the agency said on Tuesday.

The measure is the latest setback for vaccine distribution in the country, which has been thwarted by a Senate panel investigation into possible corruption in the search process for the injections.

Brazil has the second highest number of deaths worldwide due to the pandemic, with more than 550,000 deaths, only behind the United States.

Anvisa said in a statement that it decided to “provisionally suspend the exceptional and temporary authorization for the import and distribution of the vaccine with COVID-19 Covaxin”, after India’s Bharat Biotech rescinded last week an agreement with its local partner Precisa to to represent her in Brazil.

He stated that the import permit, which was issued on June 4, would be suspended until he receives additional information about the vaccine, including technical and legal documents related to the injection.

“The decision also took into account news that illegitimate documents could have been entered in the import process, which may impact the conclusions on the quality, safety and efficacy aspects of the vaccine to be used by the population,” said Anvisa in your statement.

Based on a price indication of $ 15 per dose, Bharat’s contract to administer 20 million injections to the Brazilian government would be valued at $ 300 million.

Bharat Biotech rescinded a memorandum of understanding last week to sell its COVID-19 vaccine Covaxin through a partnership with Precisa in Brazil.