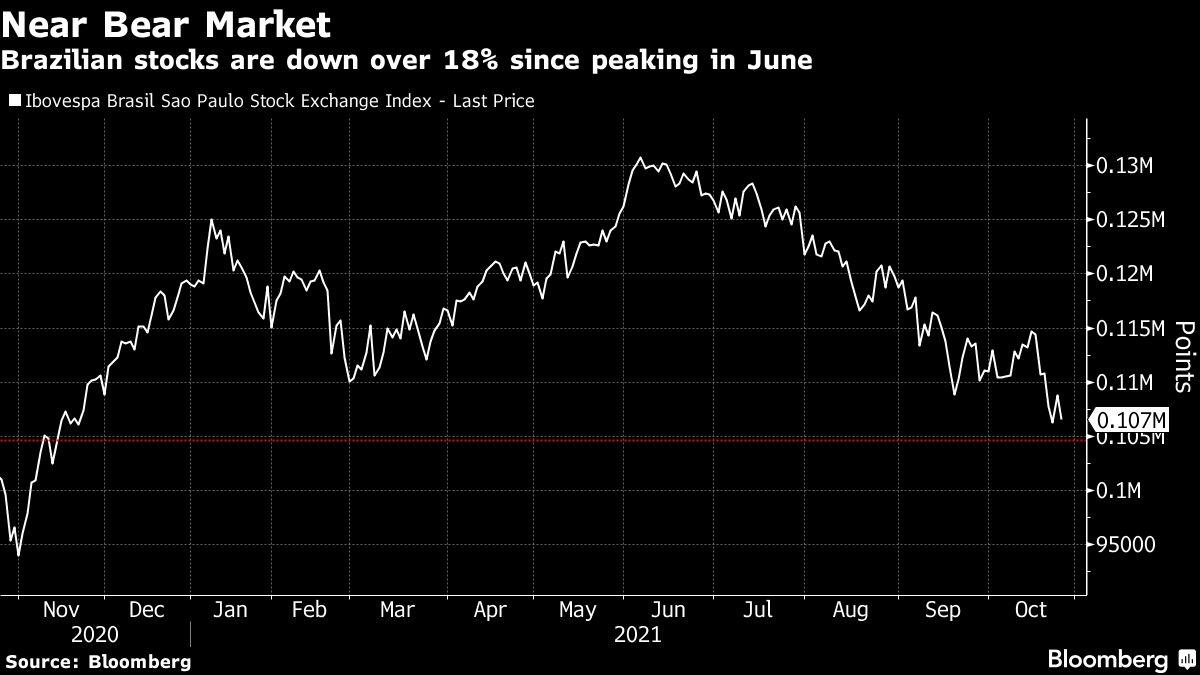 (Bloomberg) – The slide that made Brazil the world’s worst-performing stock market this year may be due to a reversal, according to JPMorgan Chase & Co.

“The market offers an interesting entry point, perhaps the best we will find in a while,” Emy Shayo, the bank’s head of equity strategy for Latin America, wrote in a report Tuesday. “If this is not a fund, it sure looks like it.”

After losing 10% this year, the Ibovespa index is trading at about 8 times future earnings, close to the lowest valuation in a decade for Brazil’s benchmark index. The equity gauge has leaned into a bear market in recent days due to doubts about the country’s commitment to fiscal rules, and investors anticipate that additional government spending will put pressure on inflation, which is already far behind. above target, and it will lead to higher interest rates.

While analysts may cut earnings forecasts further and higher interest rates will hurt stocks, there is already too much negativity in the market, Shayo wrote.

A key support could be the continued inflows of foreign capital. Foreign investors had invested 11.7 billion reais (US $ 2 billion) in the local market this month through Oct. 22, after a net outflow of 5.7 billion reais in the third quarter. Just last week, the worst for the Ibovespa since the start of the pandemic, foreign investors added 1.2 billion reais, excluding inflows from stock offerings.

“We believe that the relative valuations already reflect, to a greater extent, the most stressed scenario,” they said.