Bread roll or bread roll? This is how Germany eats and drinks 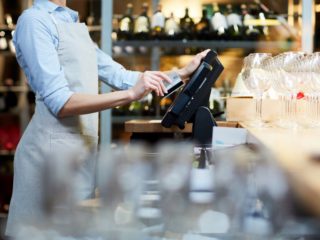 The data is based on 9000 anonymously evaluated cash register transactions of Orderbird AG from the years 2019 and 2020. Orderbird offers, among other things, cash register systems based on iPads and Android devices.

“Weckle” in the southwest, “Semmel” in Bavaria, “Schrippe” in Berlin – so far the results are hardly surprising. Remarkably, the bun equator runs significantly further north:

In Hesse and Rhineland-Palatinate, too, they like to have “Weck” or “Weckle” for breakfast, and in Saxony, Saxony-Anhalt and Thuringia mainly “Rolls”.

Sure, in northern Germany people tend to drink more tea than in the south. But a closer look at the data reveals something surprising.

The biggest tea lovers apparently live in Saxony-Anhalt, which is clearly different from the neighboring state of Brandenburg.

With a certain geographic generosity, one could view the Elbe as a tea meridian.

According to the Orderbird data, a service employee serves an average of 6.85 tables per shift in Germany.

However, there are considerable regional differences. In the southern states as well as in the city states, the rate tends to be worse.

No data were available for Saarland, the smallest area in Germany and well known as a gourmet region.