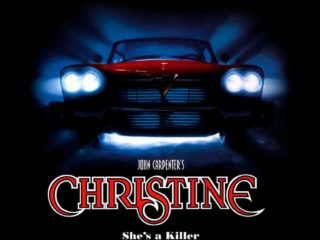 Stephen King can make anything scary, even a car. In fact that’s what his novel is about Christine, story that It was first adapted into a screen by horror film master John Carpenter in 1983. If a few weeks ago we learned that pre-production was beginning on another remake of a King novel, Fire Eyes It is now when the remake on the story of the terrifying car has been announced.

The plot begins when a teenage girl buys a classic car from the 1950s, the Plymouth Fury. As he is somewhat deteriorated he fixes it, but in the process he discovers that he has a mind of his own, being jealous through a possessive personality towards his new owner and with a vengeful and murderous past. The director chosen for the occasion will be the great showrunner Bryan Fuller, who wrote Star Trek: Discovery, the series of Hannibal Y American Gods.

The original film was released the same year as the publication of King’s book and starred Jonh Stockwell, Keith Gordeon, and Alexandra Paul. It only grossed 21 million but its peculiar and original story made it a cult film. The popular horror stamp Blumhouse, responsible for all the recent successes of the genre both at the box office and in international awards and recognitions will produce this remake. Blumhouse has titles like Let me out, Paranormal Activity or the latest adaptation of The invisible man. So that the implication and quality that they will give to this story is more than assured.

Choosing to have Fuller write and direct Christine is a wise choice both for the talent that he exudes as a screenwriter and for how difficult it will be today to create a story around a diabolical car. Among other things because if the sequence of events in the film is taken too seriously, it could fall into the utmost ridicule. But if instead you bet on a tone of series b with comedy in between, the play could go brilliantly well. Audiences change over time and adapting this somewhat outdated story is a real challenge for Fuller., which will also be released as a director in a feature film.