Bridgerton 2 filming interrupted due to COVID-positive 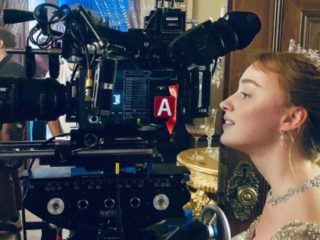 The second season of Bridgerton became one of the most anticipated on Netflix. After the success of the first edition, where Phoebe Dynevor and Regé-Jean Page were the protagonists, now the whole story will focus on the character of Jonathan Bailey, Anthony Bridgerton, who must find love in a woman of his rank in order to continue with his family lineage.

Despite the fact that Regé-Jean Page will not be the Duke of Hastings again, news that disappointed fans, Bridgerton promises to return with new captivating and applaud-worthy chapters with its setting and characterization of its characters, just as it happened in the first part. However, now, the production has suffered a problem that, again, will delay its premiere.

According to the schedule of Shonda Rhimes and her team, the original idea was to begin filming this season in January, but because of the pandemic, they were only able to return to the set at the end of May. Although, by way of prevention, the entire team undergoes rapid PCR every day before starting the recordings in order to prevent the spread of the virus in case there is any positive.

And, that’s how all the team members found out that a worker on set contracted COVID-19. Deadline was the medium that confirmed the information, although for the moment it is not known if it is an actor or someone behind the scenes, but for 15 days no one will be able to see each other again to continue filming Bridgerton 2.

Of course, it should be clarified that, according to what the aforementioned portal reported, there is no other positive case of Covid-19 among those who shared space with the infected person. It is for this same reason that, it is assumed, the pause of the filming will only be for a short time, at least for those who do not present symptoms in the next few hours.