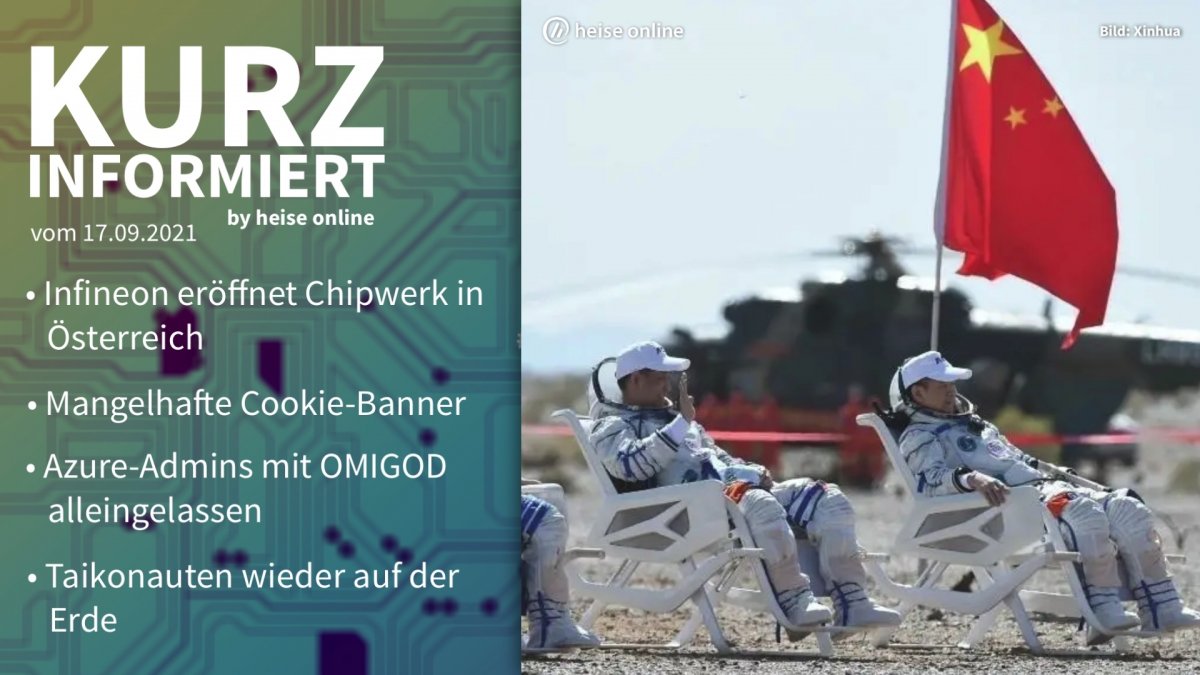 In the midst of the global chip crisis, the semiconductor company Infineon officially opened its newest plant in Villach, Austria on Friday. However, production in the 1.6 billion euro factory began in August. The plant was completed around three months faster than planned. Infineon announced the acceleration at the beginning of the year in response to the global chip shortage and high demand. Infineon manufactures power semiconductors in Villach. The production is fully automated. Nevertheless, around 400 new jobs are to be created.

The consumer advice centers in Germany have issued warnings to almost 100 companies because, in the opinion of consumer advocates, they have illegally obtained permission to collect data while surfing the web. In an investigation of 949 websites, ten percent of the companies with their cookie banners clearly violated the requirements of the Telemedia Act and the EU General Data Protection Regulation. In addition to the clearly illegal banners, there were also many overlays that were in a legal gray area. At first glance, these looked permissible, but tried using tricks to guide the decision of the site users, explained the Federal Association of Consumers.

Microsoft customers who operate Linux VMs in the company’s Azure cloud should act as soon as possible and patch a number of dangerous security holes. Contrary to all expectations, Microsoft will not do this itself. In its current information on the OMIGOD gaps, the company recommends that its customers install the relevant updates themselves as soon as they are available.

Taikonauts back on earth

After China’s longest manned space mission to date, three astronauts have landed back on earth. The return capsule of the spaceship “Shenzhou 12” was slowed down by a large parachute and touched down on Friday in the Gobi desert in northern China. The three taikonauts took off from Earth on June 17th and remained in space for three months. The team spent a large part of its trip in the “Tiangong” space station, which is currently under construction and which so far only consists of the “Tianhe” module and should be completed by 2022.