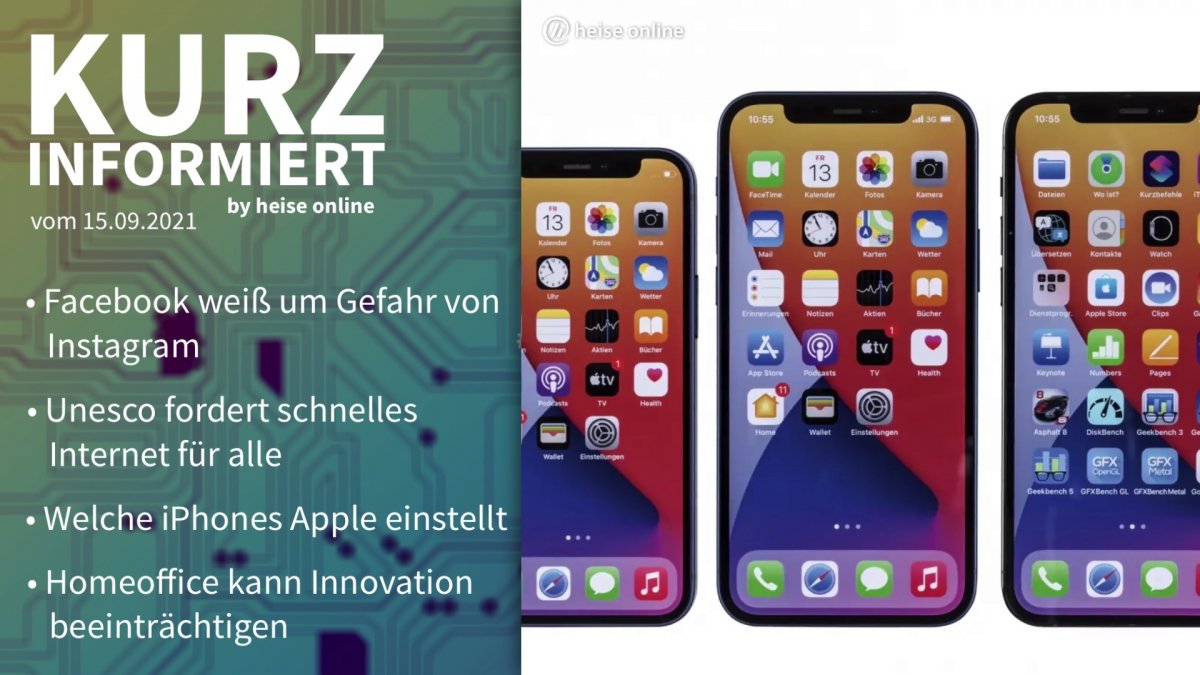 Facebook boss Mark Zuckerberg publicly claims that apps like Instagram are positive for wellbeing. But research initiated by Facebook shows a different picture. According to a report in the Wall Street Journal, researchers on behalf of the company have found out for years that every third teenage girl has a more negative perception of their own body due to the app. Teens explicitly blame Instagram for the rise in anxiety and depression. The revelation that Facebook is well aware of the harmful consequences of Instagram for the psyche of young people comes at an inopportune time for the US company. While no effective countermeasures have been found so far, they are already working on an “Instagram for children”.

Unesco demands fast internet for everyone

Unesco has asked the politically responsible in Germany to create and implement a legal right to nationwide access to high-speed internet by 2025. In a report on Internet development in Germany, which was presented at the Internet Governance Forum in Berlin, the World Cultural Organization points to a “digital divide”. While practically all working Germans are online, only a good two thirds of the unemployed use the Internet. This gap must be overcome.

The launch of Apple’s 2021 generation of smartphones is throwing up the range of existing device variants. With the appearance of the iPhone 13 and iPhone 13 Pro, Apple is reducing its model range – at least as far as sales by the manufacturer are concerned. The iPhone XR from 2018 and the iPhone 12 Pro, which was only released last fall, are now officially discontinued in both versions. Apple is now selling the iPhone 11 and the SE 2 as entry-level devices. The iPhone 12 and 12 mini are also still on offer.

Working from home can affect innovation

A study on the effects of working from home carried out on behalf of Microsoft has shown that although working from home is longer, communication and collaboration between different departments is impaired. The increasingly asynchronous communication via e-mail or text messages means that employees are isolated and information is exchanged less often. In the long term, this could have a negative impact on productivity and innovation. The study therefore calls for companies to take measures to make it easier for employees in the home office to get information from other areas of the company.