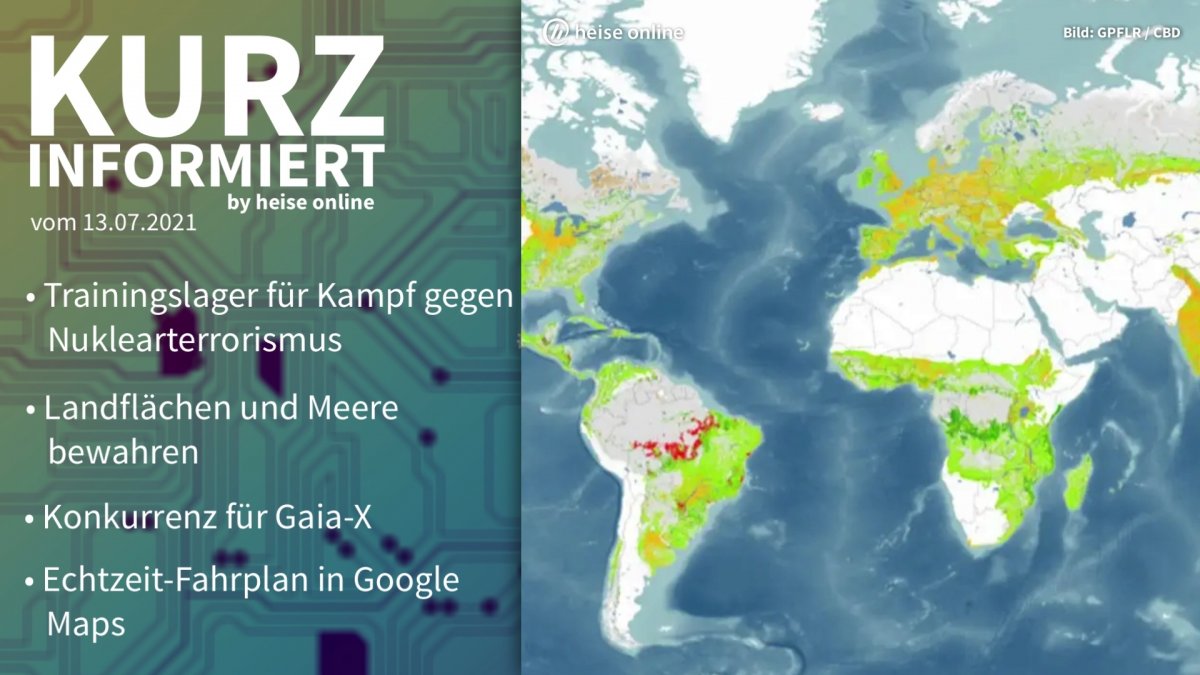 Training camp for the fight against nuclear terrorism

The International Atomic Energy Agency (IAEA) has started to build a training and demonstration center to train professionals to prevent and combat nuclear terrorism. The IAEA has been offering such training since the 1970s, but demand has risen sharply since the 2016 amendment to the Convention on the Physical Protection of Nuclear Material. In addition, the need for training is growing as more countries adopt nuclear power programs or build research reactors. The groundbreaking ceremony for the center was made in Seibersdorf near Vienna. When it is ready in 2023, it will provide 2000 square meters of special technology and equipment for practical training.

The signatory states to the UN Convention on Biological Diversity want to slow down or, if possible, stop the dramatic loss of species and habitats. A new strategy for the next decade is to be decided at the 15th World Conservation Conference in October. The first draft envisages conserving and protecting at least 30 percent of the land and oceans that are particularly important for biodiversity by 2030. The aim of the strategy is to “live in harmony with nature” by 2050.

The Federal Ministry for Economic Affairs and Energy is funding the Sovereign Cloud Stack – SCS for short – project with 14.9 million euros. The SCS is intended to serve as the technical substructure for Gaia-X, with the goal of a sovereign, trustworthy and secure cloud for Europe. The European Cloud Industrial Alliance EUCLIDIA started a few days ago to compete with Gaia-X. Because for the 23 founding members, Gaia-X is too much subverted by non-European members. At EUCLIDIA, not only the customers but also the providers should come from Europe and represent corresponding values.

Deutsche Bahn brings a real-time timetable for its long-distance trains to the Google map app. This means that users can also view IC and ICE connections, including possible delays and platform changes, in the Google Maps route planner. A link to train portals should make it easier to buy tickets for the selected route there.