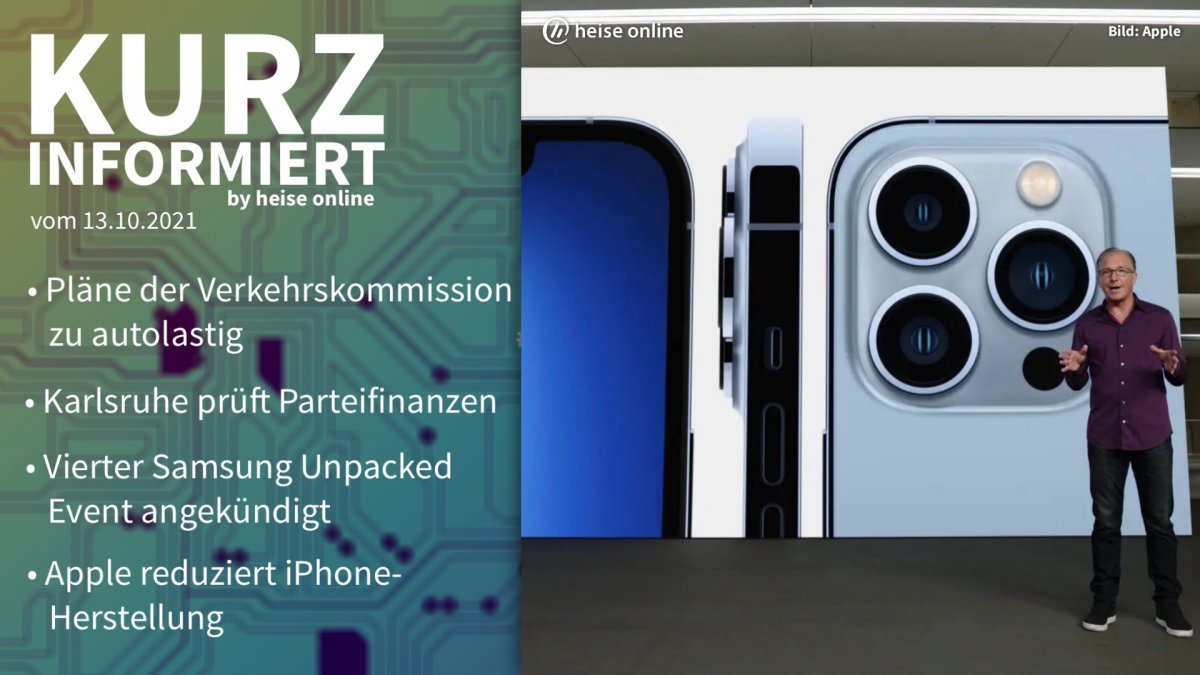 Several associations have criticized the three-year work of the government commission “National Platform for the Future of Mobility” as being too heavy on cars. “In particular, the alliance criticizes the lack of will to noticeably reduce car traffic,” said a joint statement. “The organizations are demanding clear priority from the next federal government for walking, cycling and local and long-distance public transport.” The bottom line is that the critics doubt whether the measures recommended by the panel of experts are sufficient to achieve the climate protection goals in traffic.

The Federal Constitutional Court has to find new rules for state financing of parties. The background to this is a controversial increase in the absolute upper limit by 25 million euros per year, which the Union and SPD brought through parliament in 2018 in the Bundestag with reference to the costs of digitization within a few days. At that time, the parliamentary groups in the black-red majority in government argued primarily with higher spending on data security, the moderation of interactive websites and the defense against hackers. Now the highest German court is examining whether the increase was unconstitutional and whether its justification was sufficient.

Samsung plans to host another of its unpacked events on October 20th. It will be the fourth event of its kind this year, the last time Samsung dished out new folding cell phones in August. However, you don’t really know what to show at the event. It cannot be ruled out that Samsung will simply introduce new colors for previous smartphone models. The coming week is peppered with events from major tech companies: First, Apple is expected to show new Macs on October 18th. On October 19th, Google followed suit with its new Pixel 6, before Samsung completed the long-distance triall on October 20th.

Apple is apparently having difficulties producing sufficient numbers of its new iPhone generation. According to a report by business news agency Bloomberg, production targets planned for this year have been reduced by up to 10 million units due to a lack of components. The company originally intended to build 90 million iPhone 13 devices.