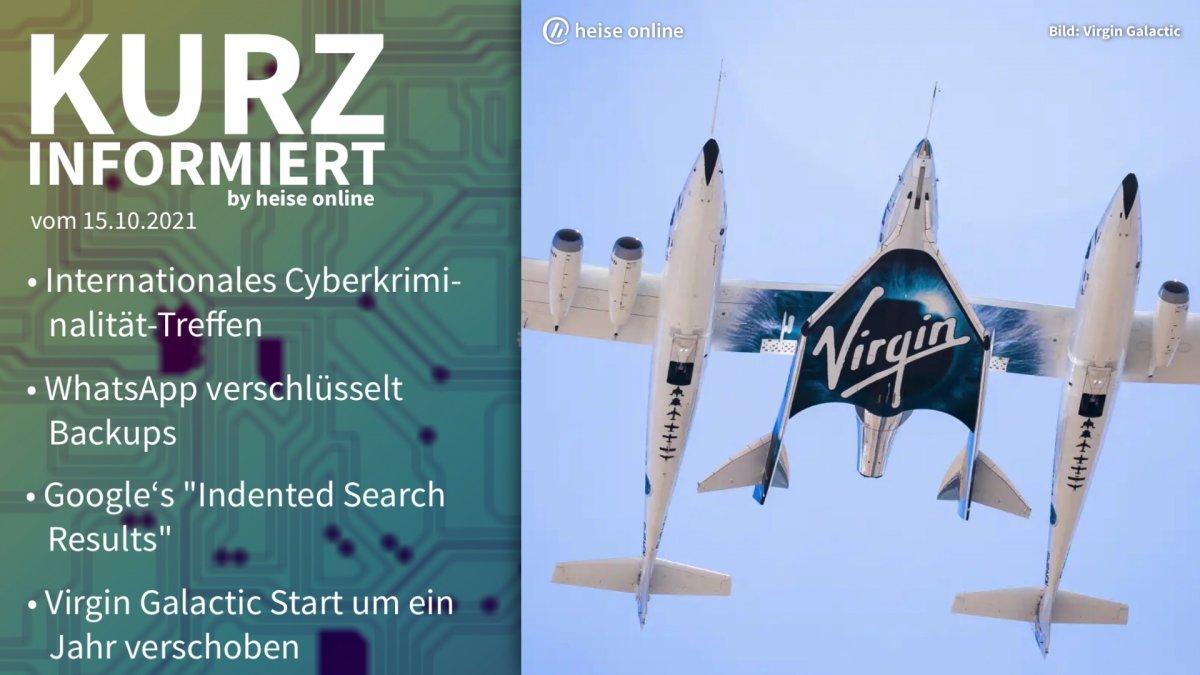 The USA, Germany and around 30 other countries want to work more closely together in the fight against blackmail software and other cyber threats. “Criminal ransomware activities often cross borders and require timely and consistent cooperation between law enforcement agencies, national security agencies, cybersecurity agencies and money laundering hotlines,” said the joint final statement after a two-day virtual meeting. If revenues from ransomware attacks were also tracked and stopped internationally, the economic incentives for ransomware actors would be reduced.

From now on, Facebook wants to introduce end-to-end encryption for backups of WhatsApp chats. This is to ensure that only the respective user can decrypt and read the data. According to Facebook, the function will gradually be introduced for current WhatsApp versions on Android and iOS. The encryption is then activated in the settings under Chats / Chat backup / End-to-end encrypted backups.

Many users have already noticed the indented results in Google searches. For website operators and search engine-optimized people, an additional result, which is shown indented, can not only increase the click rate on the main result, but also on the website as a whole. However, as is often the case with Google, it is not yet entirely clear which criteria are used here. At the moment there is no direct way of having a direct influence on it as the operator of a website or as a search engine optimized. It is definitely clear, however, that Google will apparently not replace the sitelinks that have been known for years – several hierarchically arranged results from the same domain – with the Indented Search Results.

The US space company Virgin Galactic is postponing the planned start of its tourist flights to the frontier of space by more than a year to the fourth quarter of 2022. The US financial magazine CNBC reports and explains that the company will continue its development and flight plan until then want to revise. In addition, the rocket and carrier aircraft are to be overhauled and improved, which alone will take eight to ten months. The company’s share price plummeted over 14 percent as a result of the announcement in after-hours trading.