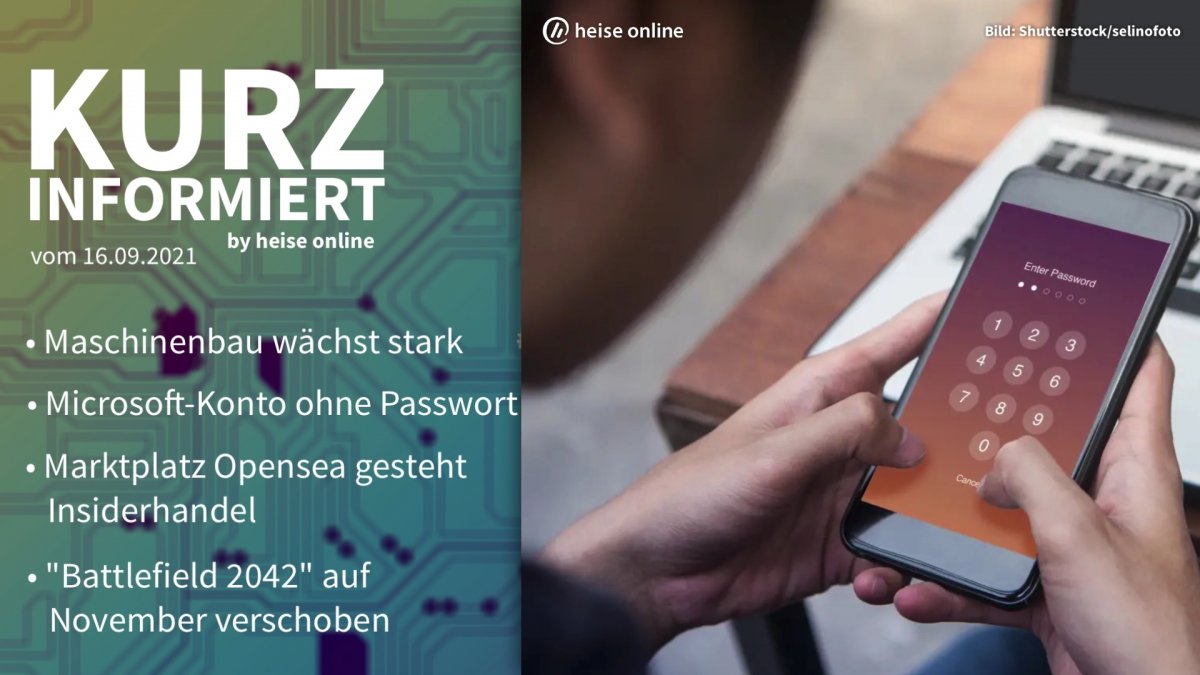 According to their association VDMA, the German mechanical engineering companies will leave the corona crisis well behind them in the coming year. For 2022, chief economist Ralph Wiechers expects a production increase of 5 percent adjusted for the price increases. According to its own assessment, the export-oriented industry could grow even faster with its well-filled order books, but is now struggling across the board with material and delivery bottlenecks. Electrotechnical and electronic components in particular are in short supply.

Microsoft has been offering business customers and administrators the option of doing without passwords for several months. Now this is also possible for private users. Users can forget their Microsoft password and authenticate themselves to the services with a smartphone app or other access checks such as a fingerprint scanner. Saying goodbye to the password is quick. You need the Microsoft Authenticator app on the smartphone, which is linked to the Microsoft account. Passwordless access can then be activated on the Microsoft account website under the advanced security settings.

A type of insider trading has taken place on Opensea, one of the most important trading platforms for NFT tokens. As platform boss Devin Finzer admitted, one of his employees has used the knowledge about when certain tokens are prominently placed on the Opensea homepage. The unnamed person then bought the tokens before they were placed, probably in the hope of subsequent increases in value. New rules should now stipulate that the Opensea workforce may not buy or sell tokens from ongoing promotions. They should also be prohibited from buying NFTs about which they have confidential information.

“Battlefield 2042” will not go on sale on October 22nd, as originally planned. Instead, the first-person shooter will appear a month later on November 19, announced publisher Electronic Arts. EA and the developer studio DICE cite the work in the home office dictated by the pandemic as the reason for the release postponement.