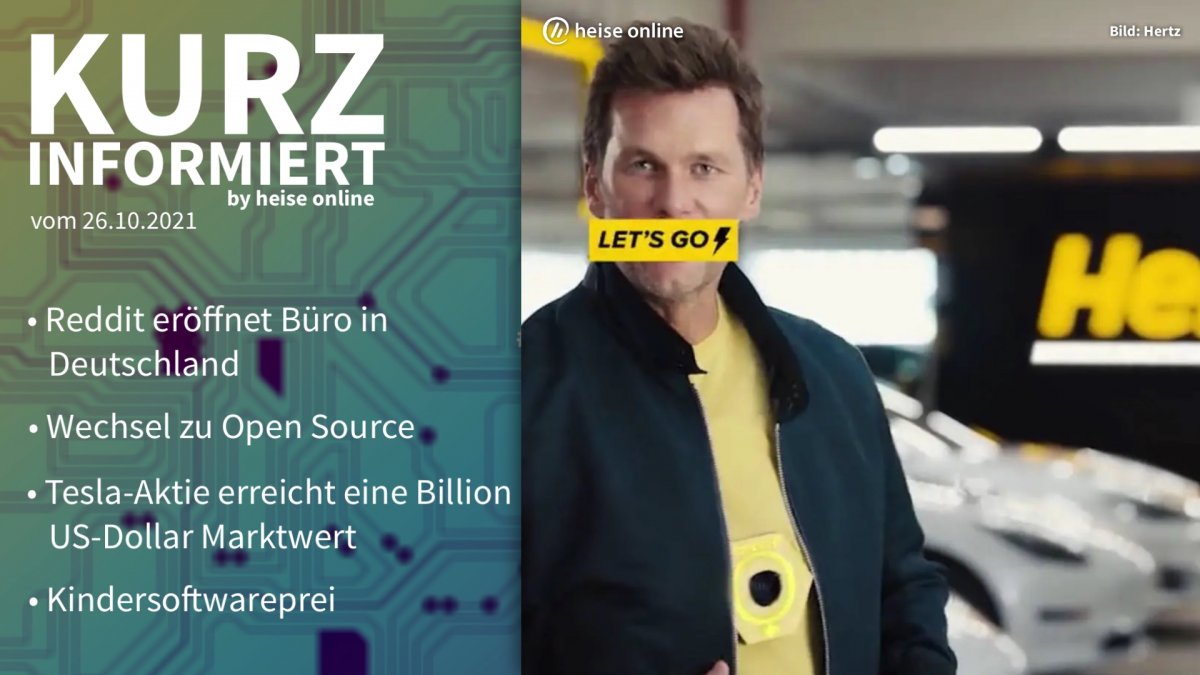 Reddit is opening an office in Berlin as part of an international expansion strategy and wants to enter the German advertising market with it – after the start in Australia and Canada. Compared to the previous year, Reddit recorded 47 percent more users in Germany. According to the company’s own information, the new team in Berlin comprises the areas of Community, Sales, Ops, Product and Engineering. In the future, it will be headed by a general manager appointed in the next few months and will grow by 150 percent.

For several years now, the federal government and some states have been promoting the development of open source software in order to reduce the administration’s reliance on US corporations such as Microsoft. Schleswig-Holstein’s digital minister Jan Philipp Albrecht from Bündnis 90 / Die Grünen wants to replace Microsoft Office with Libre Office and later Windows with Linux by the end of 2026 – on the computers of all 25,000 state officials and employees, including teachers. In an interview with c’t, Albrecht explains what he hopes for from the switch, which problems he still has to solve and what his state wants to do differently than the city of Munich, where the similarly ambitious open source project LiMux failed.

The share of the electric car manufacturer Tesla made a jump of 12.7 percent on the stock exchange on Monday and was quoted at an all-time high of 1024.86 US dollars at the close of trading on the Nasdaq. This marks the first time that Tesla’s market value has reached the one trillion US dollar mark. The news that the car rental company Hertz has ordered 100,000 vehicles from Tesla probably also contributed to the increase in value. The orders are expected to be completed by the end of 2022. Industry observers are forecasting a boost for electromobility as a result.

At the 20th award of the German Children’s Software Prize TOMMI, “Super Mario 3D World” took first place in the console category. The winner in the PC category was “Fling to the finish” – an unusual racing game in which two players have to cooperate. “The Olchis – Turmbau für Kids “prevailed in the app category. First place in the education category went to” Investnuts “.” It takes two “was awarded as the best game in the USK 12 category. This confirms the trend towards cooperation games which the organizer has already determined during the nominations.