Brussels and ASEAN commit to work on a free trade agreement 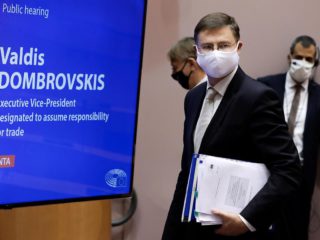 Brussels, Sep 14 (EFE) .- The European Commission and the Association of Southeast Asian Nations (Asean) pledged on Tuesday to continue working to achieve a free trade agreement.

At the end of the seventeenth meeting between Brussels and the ASEAN Economy Ministers, both blocs published a statement in which they were willing to “continue advancing” within the framework that establishes the bases for a future trade agreement.

In 2020, the European Union was the second commercial partner of Asean, the association founded in 1967 that currently groups ten countries in Southeast Asia, including Singapore and Thailand.

This volume of exchange of goods was equivalent to 8.5% of the commercial volume of Asean last year.

In addition, direct foreign investment from the EU to the trade bloc amounted to 10 billion dollars (about 8.4 billion euros).

The meeting was co-chaired by the Vice President of the European Commission and Head of Trade, Valdis Dombrovoskis, and the Minister of Economy and Finance of Brunei, Dato Dr. Amin Liew Abdullah, and both also pledged to reform the World Trade Organization (WTO ), which will hold the 20th ministerial conference between November 30 and December 2.

Brussels and Asean also highlighted the need for global cooperation to promote “equitable access and an affordable, safe, effective and quality distribution” of covid-19 vaccines.